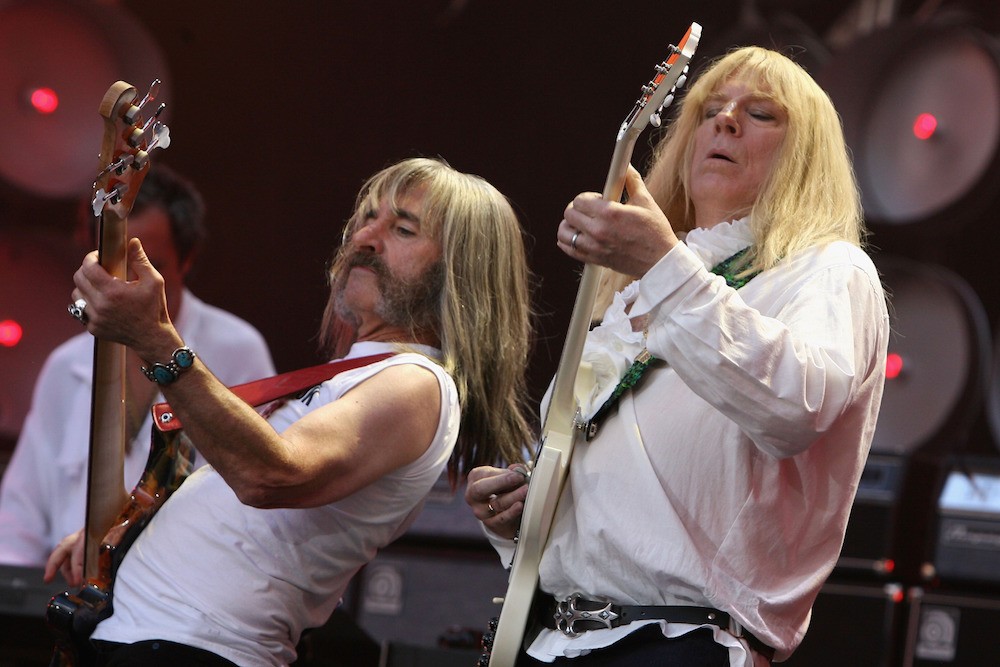 Actor and writer Harry Shearer has filed a $125 million lawsuit against Vivendi, the parent company of Universal Music Group and Studiocanal, over allegedly fraudulent accounting related to the 1984 cult classic mockumentary, This Is Spinal Tap.

Shearer, who co-wrote and starred in Spinal Tap, claims Vivendi has only reported $98 in total income from soundtrack music sales and $81 in worldwide merchandising income between 1989 and 2006, according to Variety. Shearer says in the suit that a 1982 agreement between the film’s four co-creators and Embassy Pictures entitles them to 40% of the movie’s net receipts, including revenue from music and merchandise. The rights for the film have since been transferred to Vivendi.

“This is a simple issue of artists’ rights,” Shearer told The Guardian. “It is stunning that after all this time, two cinema releases, all the various home-video format releases, all the records and CDs, and all the band-themed merchandise still widely available worldwide, the only people who haven’t shared Spinal Tap’s success are those who formed the band and created the film in the first place.”

The Simpsons star is seeking $125 million in compensatory and punitive damages.

“Though I’ve launched this lawsuit on my own, it is in reality a challenge to the company on behalf of all creators of popular films whose talent has not been fairly remunerated,” he said. “I hope this lawsuit will help set a new precedent for… fair artistic compensation industry-wide.”