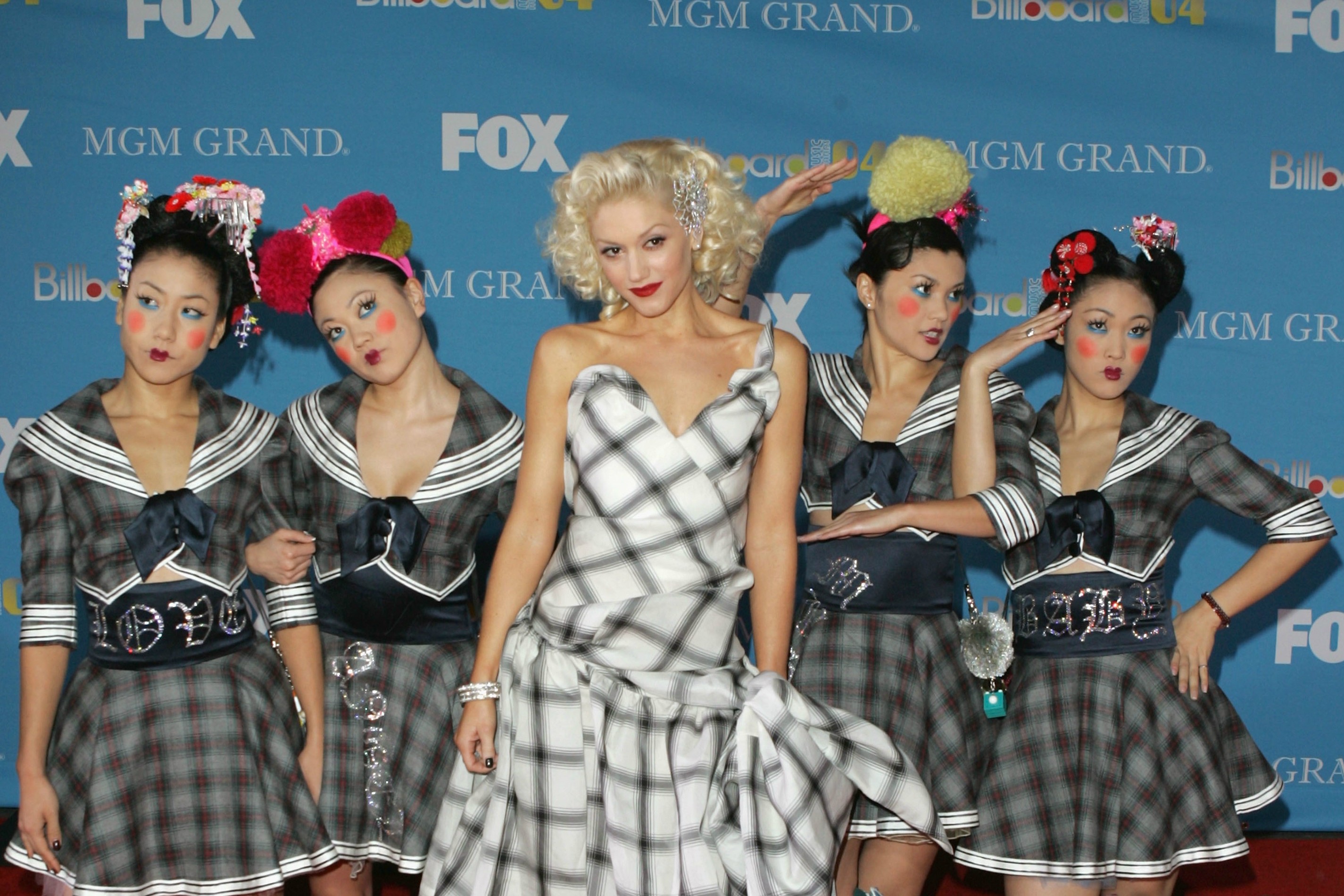 Gwen Stefani with the "Harajuku girls" in 2004. CREDIT:Getty Images

Gwen Stefani is bringing her longtime obsession with Harajuku to Nickelodeon for a new animated kids’ show, Kuu Kuu Harajuku.

The show is produced by Stefani and features a lookalike main character named “G.” G and four “Harajuku girl” characters—Love, Angel, Music, and Baby—are members of a crime-fighting pop band called HJ5. None of Stefani’s own music is featured in the show, she told Billboard, but the soundtrack is inspired by her first two albums.

The controversial Harajuku girls debuted alongside Stefani’s first solo album, 2004’s Love. Angel. Music. Baby, when she hired a group of backup dancers who followed her at public appearances and were reportedly permitted to speak only in Japanese. Stefani has been heavily criticized for exploiting Japanese culture and casting Asian women as props, as well as for totally denying that her choices are problematic. Since 2004, Stefani has also sold perfume and other Harajuku-themed clothing and accessories under her Harajuku Lovers label.

The animated Harajuku girls in Kuu Kuu Harajuku are permitted to speak English—probably because they couldn’t thrive on an American children’s channel otherwise—but it doesn’t make the underlying concept any less strange and uncomfortable. Kuu Kuu Harajuku debuts on Nickelodeon on Monday, October 3, although the first episode is already available online. Watch a trailer below.