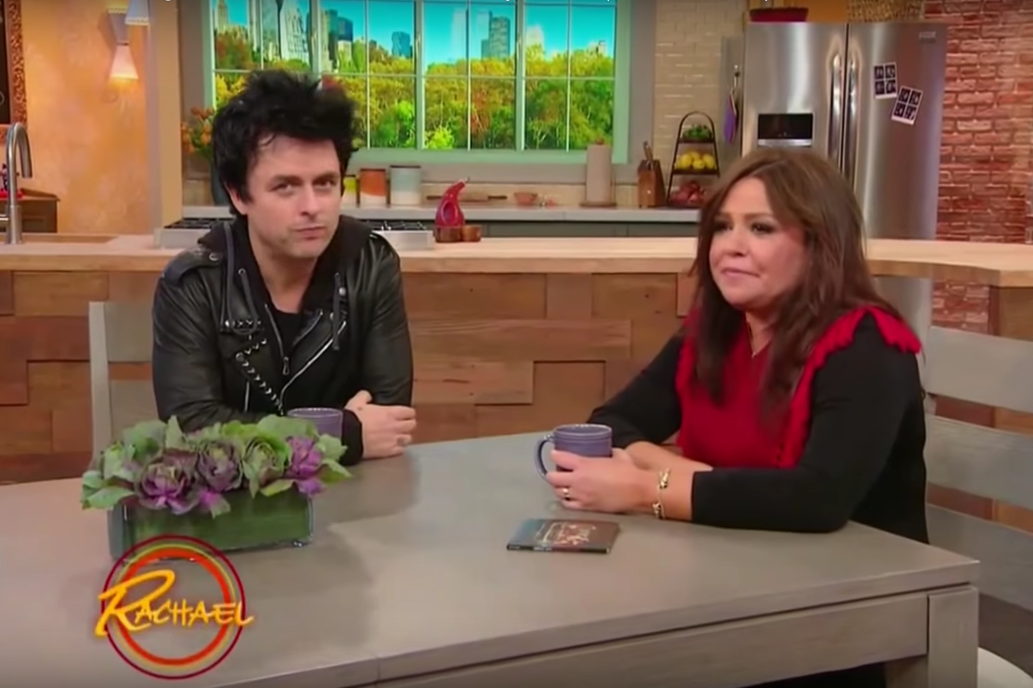 Polite punk dad Billie Joe Armstrong appeared on the Food Network’s Rachael Ray Show yesterday to talk about the new Green Day album Revolution Radio (“a beautiful work of art,” in Ray’s opinion) and his first lead acting role in Ordinary World. Easily the best part of their interview is when Ray straight-up asks Armstrong the difference between his real-life self and the washed-up, middle-aged rock’n’roller he plays in the movie. “There’s not a lot of difference,” he replies.

Sadly, Armstrong had no part in creating the day’s pumpkin soup, but that’s why Ray has Action Bronson. The pair also discussed a chimpanzee sanctuary that Ray and Armstrong’s wife Adrienne support. Watch below.