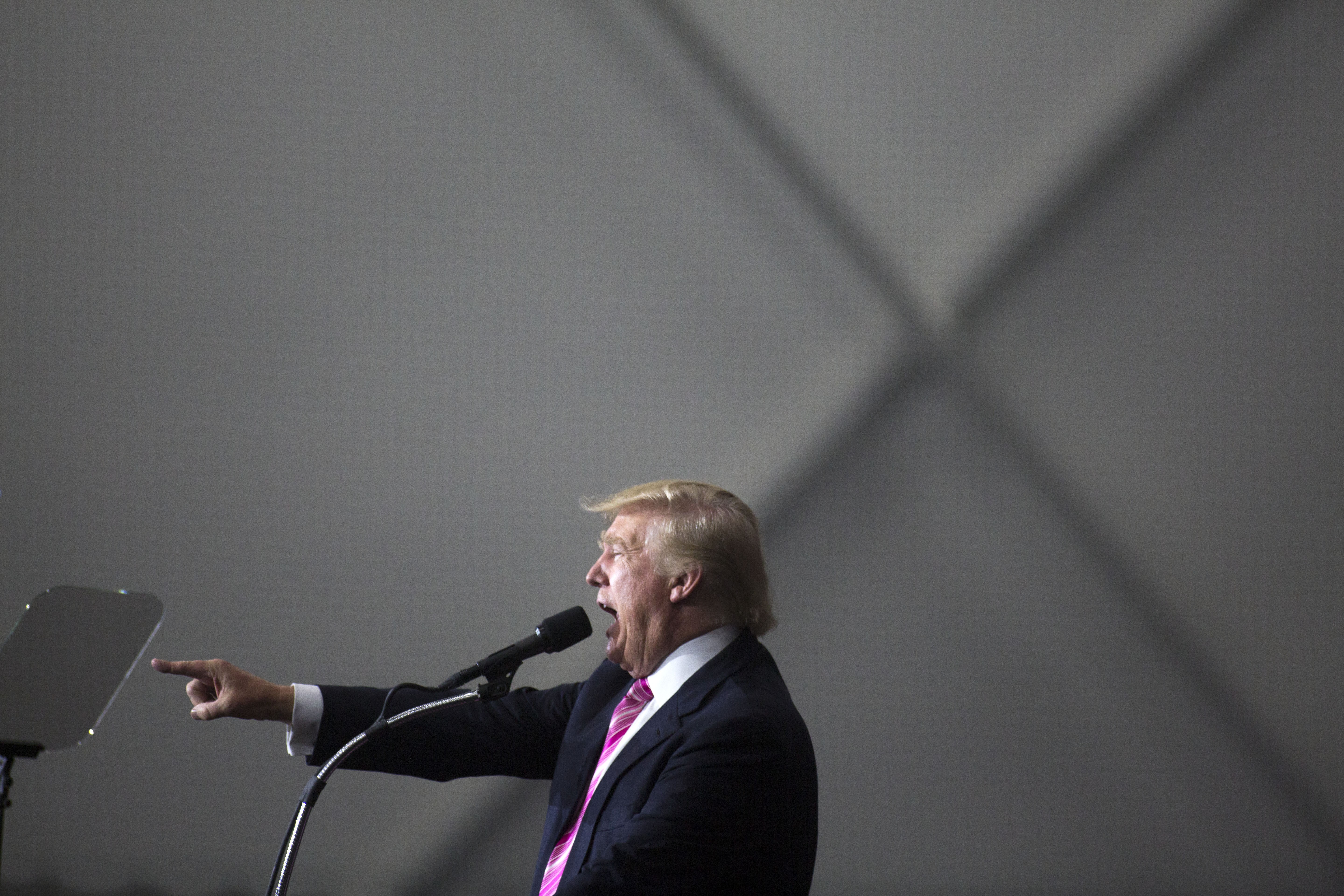 Back in 1989, decades before Donald Trump was extolling the virtues of law and order on the presidential debate stage, he purchased a full-page newspaper ad that all but called for the execution of five black and Hispanic teenagers who turned out to be innocent of the crime of which they were accused. In 2016, rather than renouncing his barbarous younger self, Donald Trump is still talking about the Central Park Five.

Some quick background: A 28-year-old white woman was jogging through Central Park one night when she was attacked, raped, beaten with a rock until she suffered brain damage, tied up, and abandoned. The police, the tabloids, and the people of the city were understandably eager to find the perpetrator, and a group of boys—eventually known as the Central Park Five—were arrested and convicted for the unspeakably gruesome assault.

The episode was an unusually good opportunity for Donald Trump to pursue the obsession that animated him in those days, before he had a network TV show or a presidential campaign: getting his name into the New York City newspapers. He purchased full-page ads in the New York Daily News, New York Times, New York Post, and Newsday with the headline “BRING BACK THE DEATH PENALTY. BRING BACK OUR POLICE!” The ads, which ran about two weeks after the attack, did not mention the Five by name, but a line about criminals who “beat and rape a helpless woman” clearly referenced them.

In terms that are startling in their brutality, Trump called for retaliation against those who would commit such acts (emphasis mine):

Mayor Koch has said that hate and rancor should be removed from our hearts. I do not think so. I want to hate these muggers and murderers. They should be forced to suffer, and, when they kill, they should be executed for their crimes. They must serve as examples so that others will think long and hard before committing a crime or an act of violence. Yes, Mayor Koch, I want to hate these murderers and I always will. I am not looking to psychoanalyze or understand them, I am looking to punish them. If the punishment is strong, the attacks on innocent people will stop. I recently watched a newscast trying to explain “the anger in these young men.” I no longer want to understand their anger. I want them to understand our anger. I want them to be afraid.

As CNN notes, police recorded confessions to the crime from each of the boys after two days of questioning, but none of them admitted that he had done the rape himself, instead pointing the finger at someone else within the group. In court, the Five said that the confessions were false, and that they’d been deprived of food and sleep during the interrogations. Still, the prosecution’s case dealt with little more than their statements to police, and they were convicted.

In 2002, another man, who’d been convicted of another rape and murder, confessed to the attack in Central Park that night, claiming that he’d acted alone. Investigators matched that man’s DNA with DNA found in semen on the victim’s body. None of the Five’s DNA was ever connected to the scene. They were exonerated, after some of them had spent a decade in prison, and the city paid out a $41 million settlement to them in 2014.

A CNN reporter asked Trump this week for his thoughts on the case, nearly 30 years after he called his Old Tetament fury down upon five innocent boys. “They admitted they were guilty,” he said. “The police doing the original investigation say they were guilty. The fact that that case was settled with so much evidence against them is outrageous. And the woman, so badly injured, will never be the same.”

The idea that there was “so much evidence against them” is ludicrous. There was very little physical evidence connecting the boys to the scene of the crime, and their confession was likely coerced. The man who later confessed, on the other hand, did so without coercion, and his semen was connected by “a factor of one in 6,000,000,000 people” to that which was found on the victim.

But more than his poor prosecutorial judgement, Trump’s devotion to the idea that the Five are guilty reveals that his ostensible commitment to upholding criminal justice is fundamentally bogus. The candidate talks a lot about respecting law and order. New York’s legal system unequivocally declared the Central Park Five’s innocence in 2002. If one truly respects the law, one should respect the exonerations it doles out as well as the convictions. But Donald Trump doesn’t care about the law. He cares about looking tough, and locking people up.