Donald Trump Insinuates Hillary Clinton Could Be on Drugs 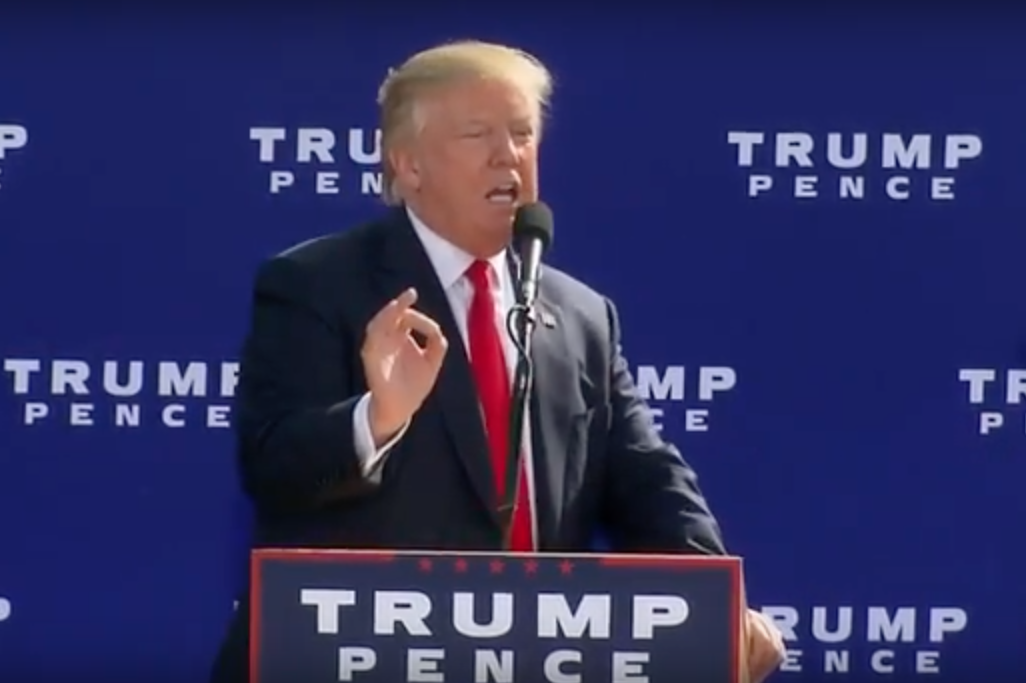 Speaking at a rally in Portsmouth, New Hampshire today, Donald Trump insinuated that Hillary Clinton could have been using performance-enhancing drugs at their most recent debate.

New Hampshire is tackling an opioid abuse crisis, and during his speech, Trump also praised the drug policy of his running mate, Indiana governor Mike Pence. Pence’s unwillingness to offer clean needles to addicts as a harm-reduction strategy likely aggravated an HIV outbreak in his home state.

Hillary Clinton did not have any scheduled appearances today; she is preparing for Wednesday’s third and final debate. Her social media team has only just caught up to Trump’s previous round of unsubstantiated allegations, a predawn tweetstorm in which he claimed the election is “rigged.”

This election will have record turnout, because voters see through Trump’s shameful attempts to undermine it just weeks before it happens. pic.twitter.com/MbLgDnvxGU

Gary Johnson, meanwhile, spent today at a “#FitToBePrez” rally so literal in its interpretation of “presidential fitness” that it began with a 70-mile bike ride. If anyone is using performance-enhancing drugs, I hope it’s Gary Johnson. He’s doing actual athletics, and he is starting at a little bit of a disadvantage.

There are 23 days left until the election. The third and final presidential debate is at 9 p.m. ET on Wednesday. Hang in there.