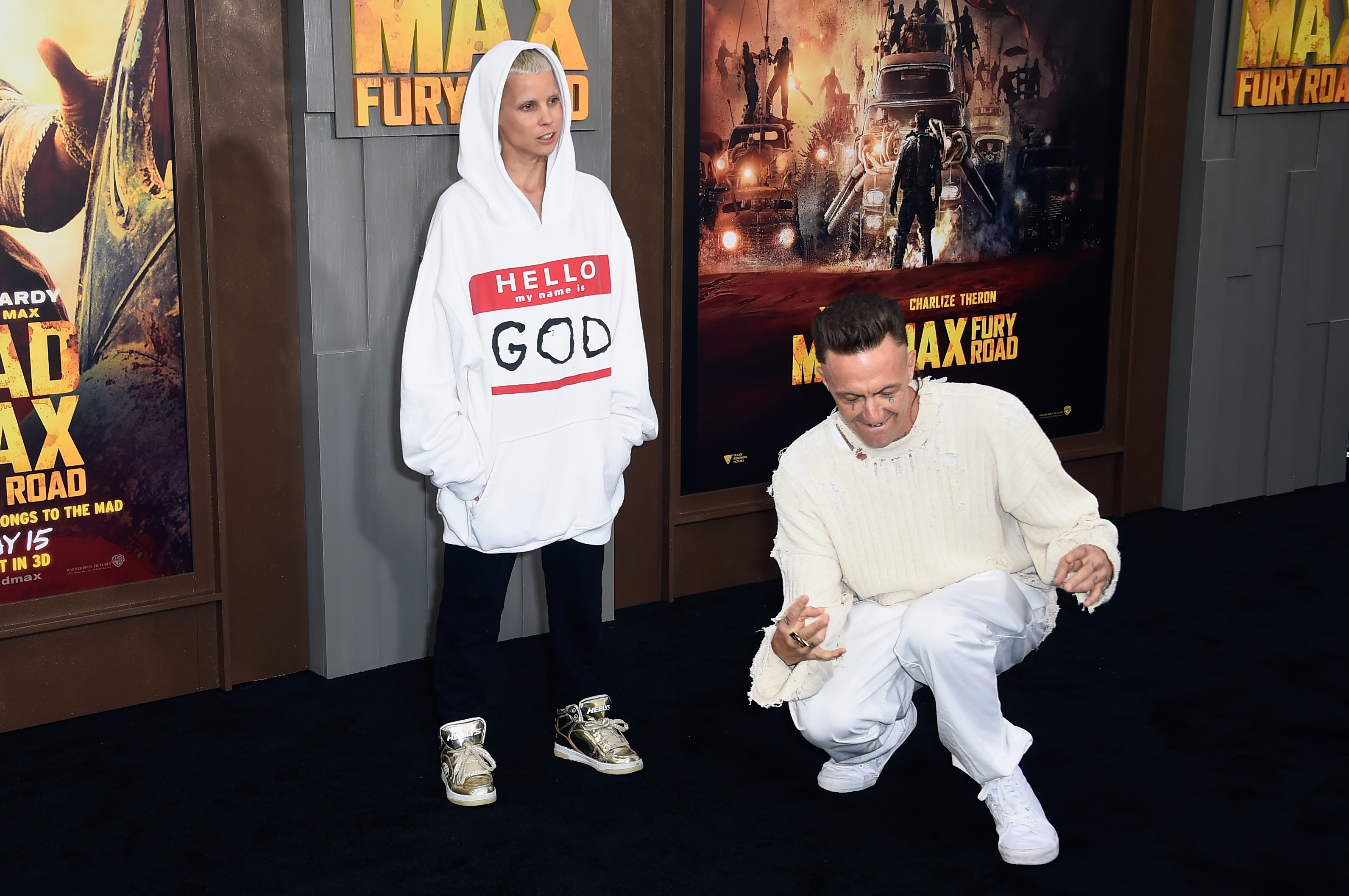 Aggro electro-rap cut-ups Die Antwoord don’t take kindly to people jacking their style. This summer, they railed against Hot-Topic-core DC Comics blockbuster Suicide Squad for knowingly stealing elements of their aesthetic, including scenarios from their music videos. Following up recent, apparently false murmurings about breaking up, the South African duo took to Instagram to voice grievances with the team behind another film: unintentionally hilarious 2015 robot bildungsroman Chappie, in which they co-starred.

The post railed against the film’s unnamed art director (“some fat fuck who smiled in our face when neill was around then flipped 2 retard gremlin face when neill was gone”), who got credit for their “handpainted” set design of this hideaway (“lair”) in the film. The post also indicated that the group might never collaborate with anyone again, claiming that they are gearing up to “make our own movie soon wid no brakes on.”

Anyone who’s ever done any work with Die Antwoord: Make sure you credit them for anything they touched, or you, too, might be outed and called “a fat fat fuck” on Instagram. View the band’s post below.