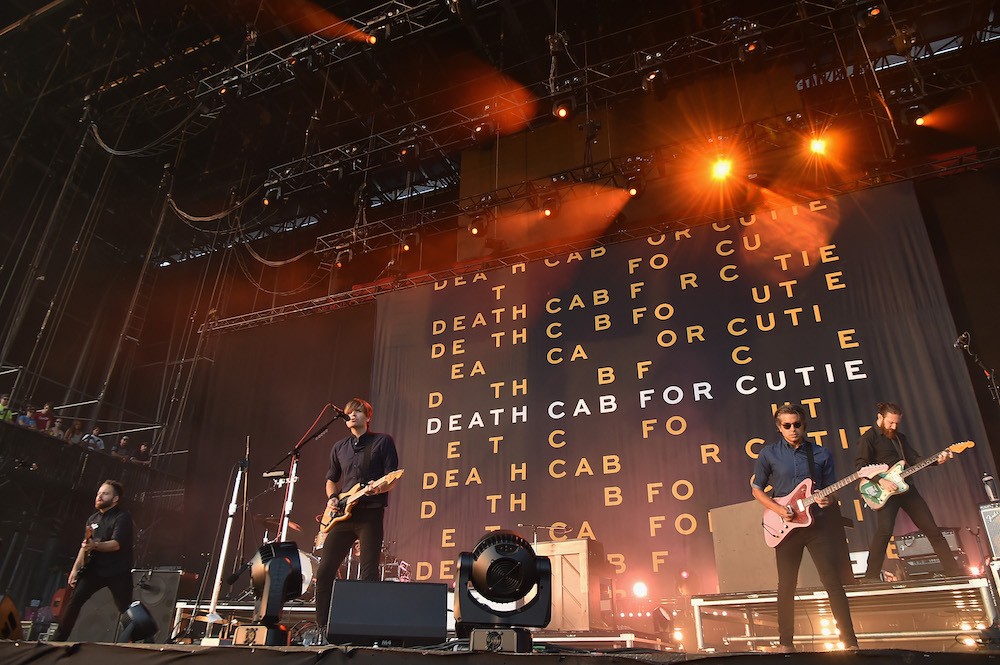 “Million Dollar Loan,” Death Cab for Cutie’s first new song since last year’s Kintsugi, appeared without warning on Spotify this morning, the Louisville radio station WFPK notes on its blog. The song’s title and lyrics might remind you of a certain self-made real-estate mogul who’s currently running for U.S. president.

A great height, he’s looking down on his city at night
From a gilded room of gold, marble, and soft perfume
He’s proud to say he built his fortune the old-fashioned way
‘Cause to succeed, there’s only one thing you really need

Donald Trump, the Republican presidential nominee, began his business using $1 million he obtained from his father, which he has referred to as “a small loan” in the past.

Update (2:15 p.m.): Death Cab shared an official video for “Million Dollar Loan,” along with a statement that makes it explicitly clear that the song addresses Trump. “Million Dollar Loan” is the first installment in 30 Days, 30 Songs, a project helmed in part by Dave Eggers that will feature the release of an anti-Trump tune by a different band every day between now and the election. Watch the video and hear the song on Spotify below.