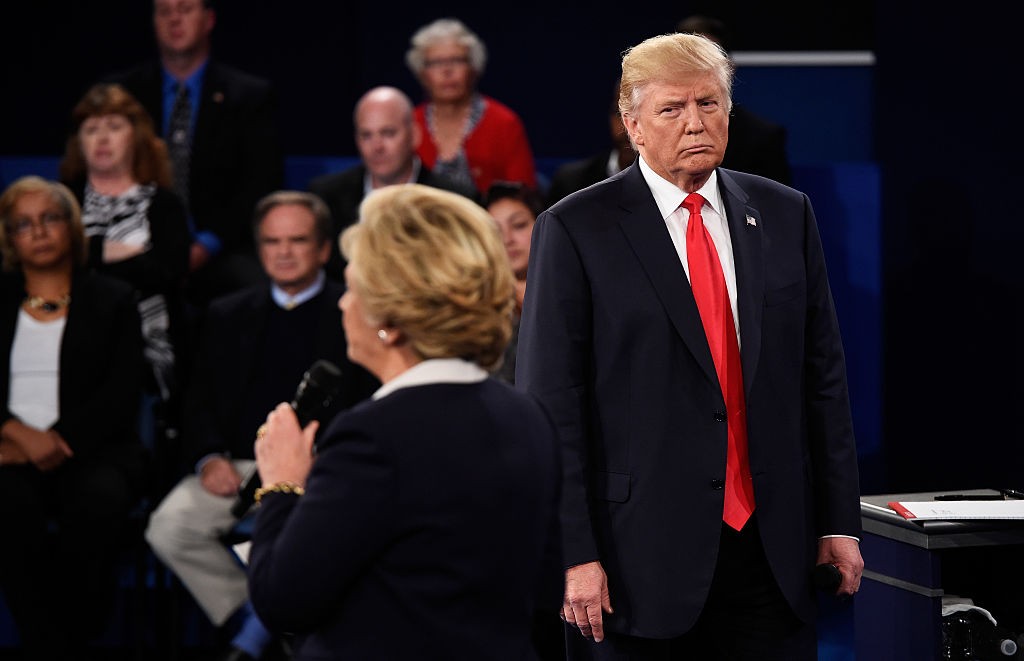 Donald Trump’s verbal attacks on Hillary Clinton at last week’s presidential debate were only heightened by his awkward stage presence.  He stalked behind her as she walked around the town hall-style stage, lurking over her shoulder and peering at the back of her head while she spoke. It made for creepy television, and beloved horror movie composer Danny Elfman was thinking the same thing you were.

“Watching Trump lurching behind Hillary during the debate felt a bit like a zombie movie, like at any moment he was going to attack her, rip off her head, and eat her brains,” the composer of scores for films like Beetlejuice and The Nightmare Before Christmas told Funny or Die. To bring his point home, Elfman created an original horror movie score to soundtrack Funny or Die’s supercut of Lurking Trump. It’s funny, if your idea of “funny” also includes feelings like “bleak,” “terrifying,” and “how the hell did it come to this.” Watch below.