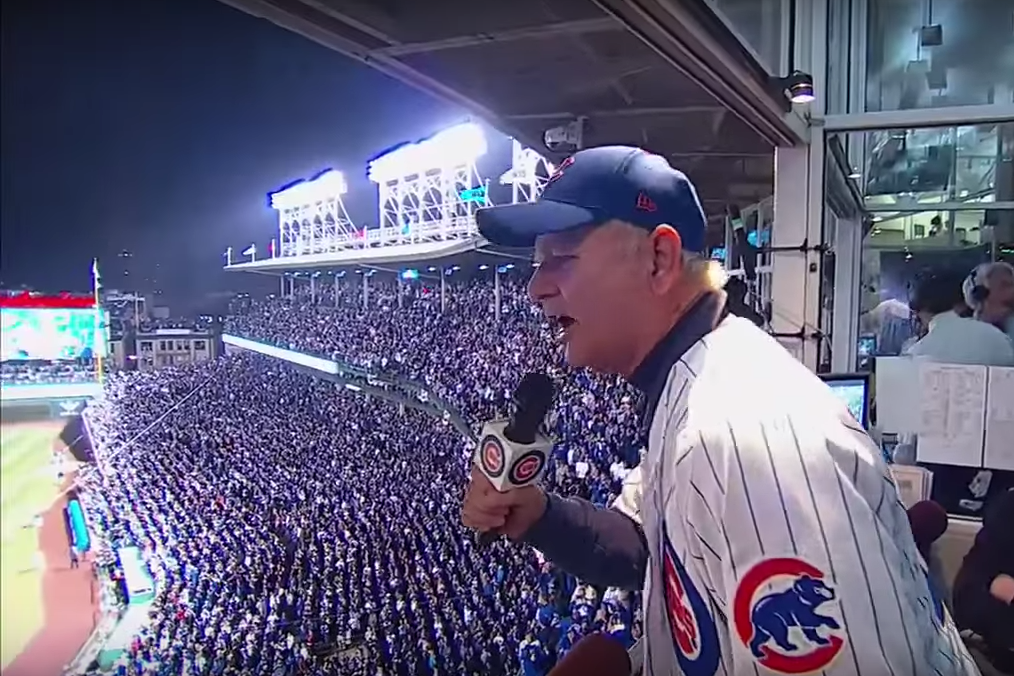 The World Series returned to Chicago’s Wrigley Field for the first time in 71 years last night as the Cubs faced the Cleveland Indians in game 3. Cubs superfan Bill Murray appeared during the seventh-inning stretch to sing “Take Me Out to the Ballgame,” which he performed in the style of Daffy Duck. The Indians ended up beating the Cubs 1-0, giving them a two-games-to-one lead thus far in the seven-game series, but at least we’ve got this spittle-flecked Murray performance to entertain us (“Let’s get some runs, suckers!”). Watch below.

Bill Murray Has a Classical Album Out This Summer