Checking In at Standing Rock on Facebook Probably Isn’t Thwarting the Police, But It’s Still a Nice Gesture 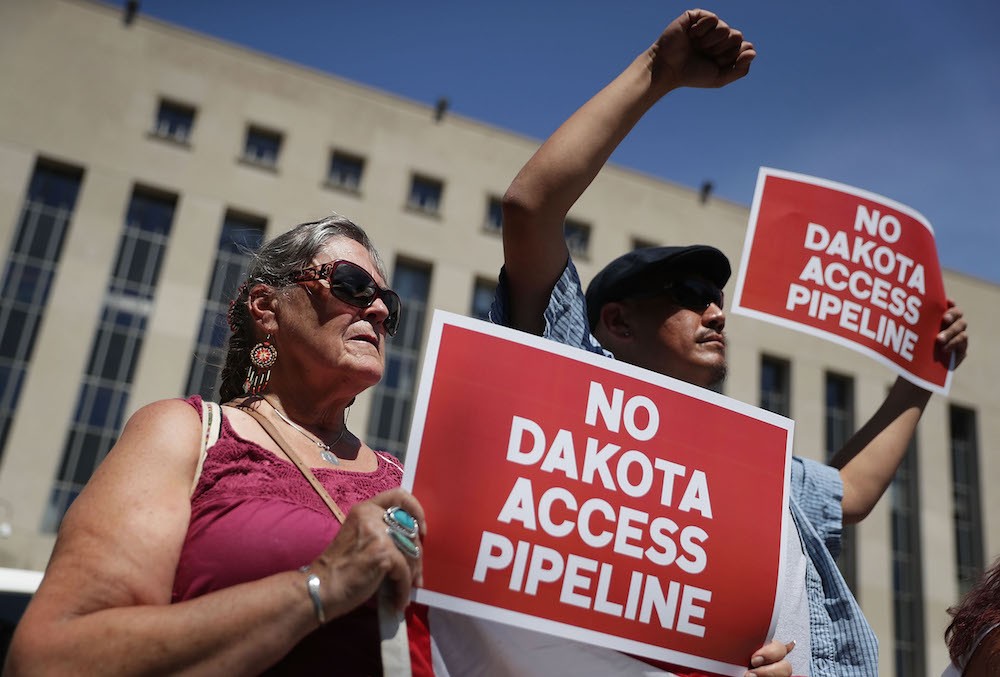 As you’ve no doubt noticed, Facebook is littered with people from across the country and world checking in to the protests at Standing Rock Sioux Reservation in North Dakota in an attempt to thwart the purported social media monitoring efforts of the Morton County Sheriff’s Department. While the widespread support has tipped the issue further into the mainstream, there’s little evidence to show it does much more than show solidarity for the cause.

For months, thousands of Sioux tribe members and activists have been protesting the $3.8 billion, 1170-mile Dakota Access Pipeline, which would run within half a mile of the Standing Rock reservation and directly beneath its water supply and some sacred sites. The protests have escalated in recent weeks, with law enforcement agents in full riot gear arresting more and more protestors. The increase in attention from the clashes have generated huge donations supporting the cause; it also inspired the Facebook check in movement that exploded in popularity Monday morning.

As Snopes notes, the change to “Randing Stock” instead of Standing Rock in later versions of the status update was an attempt to make sure the “post is visible to the right people.” While the later versions of the status do sound dubious, it’s no secret that law enforcement agencies monitor social media to learn about and respond to protests. The Atlantic notes that the North Dakota governments uses Geofeedia, the social media monitoring tool infamously used during the Freddie Gray protests in Baltimore last year.

But what about in this particular instance? The Morton County Sheriff’s Department wrote on Facebook this afternoon that “is not and does not follow Facebook check-ins for the protest camp or any location. This claim / rumor is absolutely false.” The department issued a similar statement to Snopes.

Likewise, representatives from the Standing Rock Sioux and the Sacred Sone Camp told The Atlantic and Snopes that they weren’t responsible for the Facebook message and were unsure who started it. This doesn’t mean that bombarding the Standing Rock Facebook page doesn’t cause create minor inconveniences for law enforcement, just that it’s likely not having the profound impact the viral Facebook message suggests.

That it probably originated out of a misguided understanding of how law enforcement works doesn’t mean the Facebook activism is worthless. The ease of the gesture has helped it go viral quicker than celebrity arrests or anything else from the protests, which shows solidarity and generates more publicity for the cause. People who yesterday may not have even heard about the conflict likely now have to read about it every time they check Facebook. Of course, donating to the Sacred Stone Legal Fund and Standing Rock Sioux Tribe fund would be a more efficient use of everyone’s time and money, but changing your Facebook status is better than nothing.

“The check in’s have created a huge influx of media attention that we appreciate,” Sacred Stone Camp wrote on Facebook. “Our growing massive social media following plays a key role in this struggle.”