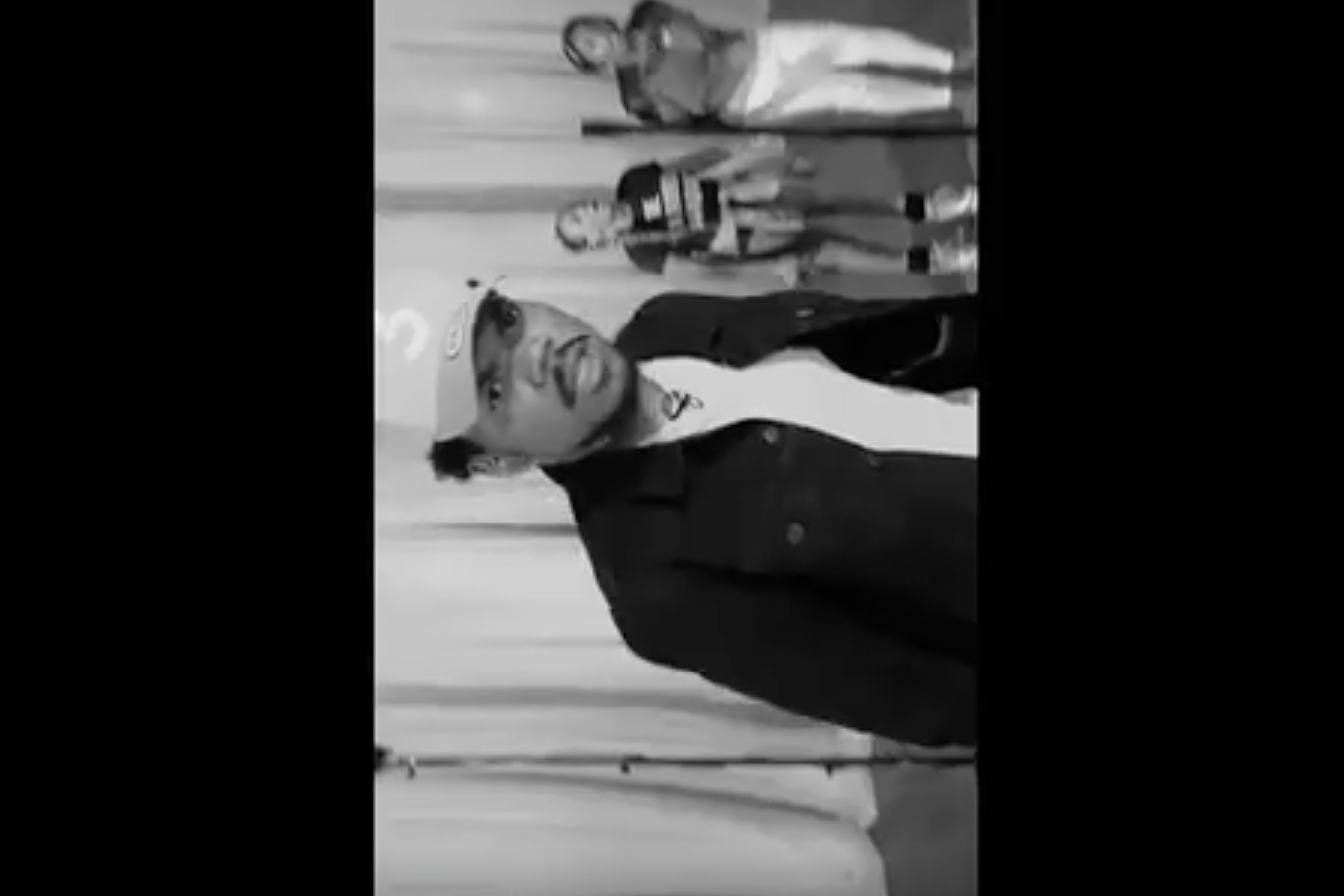 Chance the Rapper spent the better part of the afternoon teasing a new music video, promising to release it if fans come to see him at Chicago’s UniverSoul Circus. He released a video for “How Great” shortly after 6:30 p.m. ET. It’s a black-and-white performance video featuring Chance, his cousin Nicole, and a gospel choir, shot right-side up, sideways, and upside-down on an iPhone (sceenshot above). He has since deleted the video and the tweet containing it, which instructed fans to lock their phones in the upright position to watch:

I’ve been stalling, I want to drop a music video that me and my cousin made today but no one saying they gone go to Universoul Circus

I’m stalling on the video cause it’s so different from my other videos. idk if this is one of those videos everyone will love instantly lol

He has since deleted the video and its tweet, replacing it with the following:

Fans who saw it are asking him to put it back up:

that music video was definitely different but I loved it?? @chancetherapper

@chancetherapper if you didn’t get to see the video, you missed something beautiful

@chancetherapper why’d you delete the video? i really liked it, super raw.

@chancetherapper put the video back up i didn’t see

Update (9 a.m. October 21): Chance has re-uploaded the “How Great” video. It also features Jay Electronica and Francis and the Lights. Lock your phone screen and watch it below.