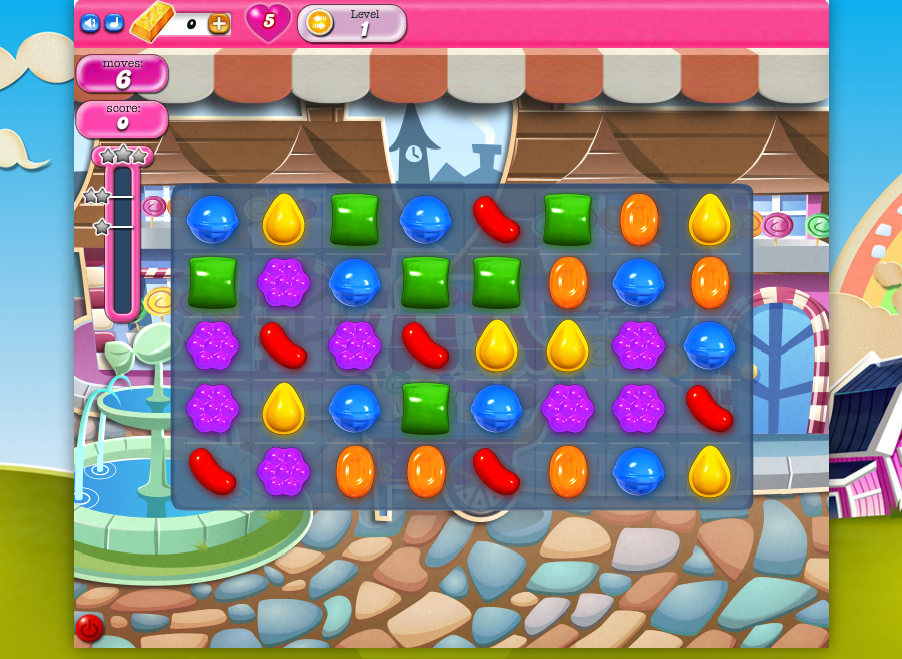 Candy Crush is the evolutionary Bejeweled, perhaps the finest example of the “put pretty stuff into lines” genre of mobile gaming. It was a big deal a few years ago, though by now, the phenomena has leveled off. It’s still popular, but it’s just a game people might decide to play on the subway instead of reading their book, or staring endlessly into the face of a stranger.

But for some reason, CBS has just announced the launch of a Candy Crush TV show. It’s a one-hour, live action TV show in which “teams of two people use their wits and physical agility to compete on enormous, interactive game boards featuring next generation technology to conquer CANDY CRUSH and be crowned the champions,” according to a press release. There will also be some sort of interactive component for audiences at home to keep up with.

A host will be announced in the near future. Given CBS’ record at keeping up with trends, it’ll probably be … Ken Bone. Maybe Left Shark.

The Angry Birds movie came out a few years after the phenomena, and still managed to make a decent amount of money. “There’s gold in adapting mobile games,” some network executive probably said. At least there were characters in Angry Birds, though. Little colorful yipping things for kids to smile and clap about. The main character of Candy Crush is a speckled chocolate ball, or maybe the red jelly bean. Maybe there’s someone who’s thinking, I gotta catch the show and keep up that cute little bean. Maybe CBS has a direct window into that ideal consumer’s brain. But given that CBS is the network that keeps giving Kevin James space to fart and yuck it up, maybe they’re just out of ideas.

“We are huge fans of Candy Crush and, like so many others, we know the ‘rush’ of advancing to the next level of the game,” Glenn Geller, President, CBS Entertainment, said in a press release.

“As a Candy Crush Saga player myself, I am excited to amp up the action and visuals in our huge Candy Crush Arena,” said executive producer Matt Kunitz.