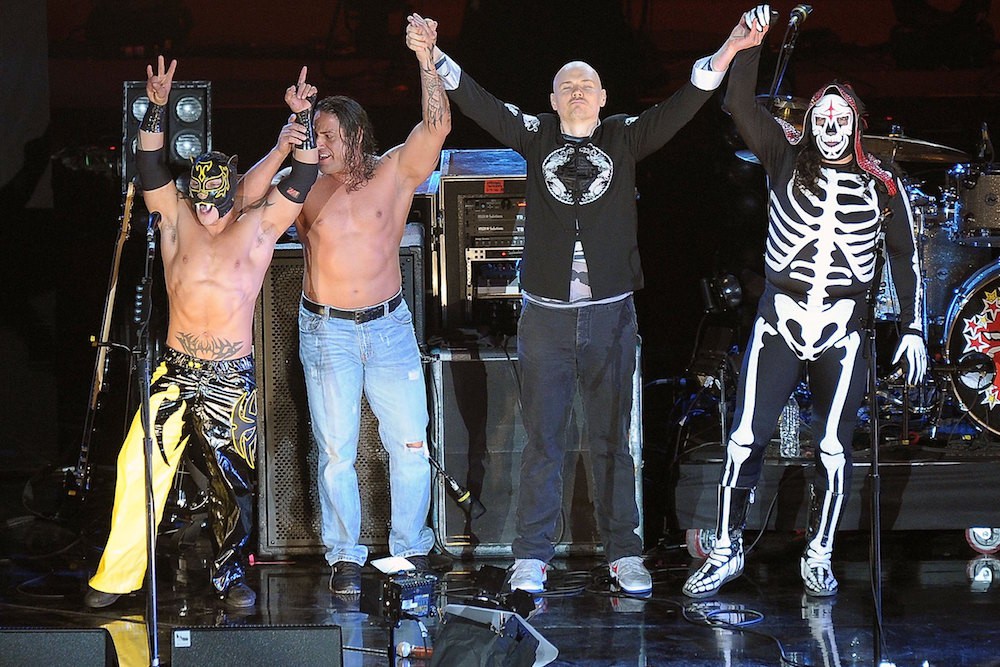 Smashing Pumpkins frontman and noted smackdown enthusiast has filed a lawsuit against a number of parties including the pro wrestling promotion TNA and its parent company Impact Ventures—a company that named Corgan himself as its president earlier this year.

The suit, which was first reported by PWInsider, was filed in Nashville court, and names TNA and Impact as defendants, as well as TNA owner Dixie Carter and her husband Serg Salinas as defendants. Corgan requested a court order to place the suit under seal, which was granted, meaning that the court is keeping specifics of the case confidential for the time being. Corgan also filed for a temporary restraining order, which was also granted.

Corgan’s involvement with TNA began in June, when he purchased a minority stake in the company to help finance one of the historically unstable company’s pay-per-view events. Corgan continued investing in the company, and in August he was named as president of Impact, replacing Salinas. “Billy is a visionary, an iconic artist and savvy businessman with an incredibly gifted creative mind,” Carter said in a statement at the time. Carter moved to a chairman position, where she would “focus on long-term planning, strategic partnerships and global growth.”

TNA is also up for sale, too, and Corgan hasn’t been shy about wanting to buy the company. (He’s also funded TV tapings for the show at personal cost.) According to PWInsider’s thorough writeup, several TNA personalities have noted since then “that there was obvious tension between Corgan and Carter.” We’ll publish more information about the case as it becomes available.