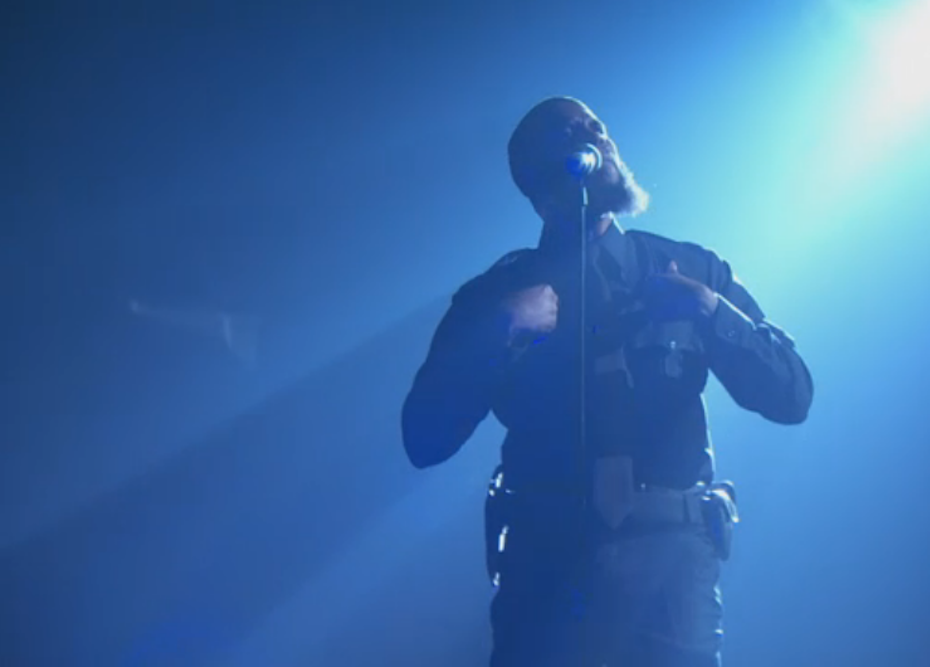 Last night, as Mike Pence and Tim Kaine were squaring off in the first vice presidential debate of the 2016 election season, Big K.R.I.T. took the stage at the BET Hip Hop Awards wearing a police officer’s uniform. He gave a harrowing a cappella performance of his verse from Kenneth Whalum’s “Might Not Be OK,” which spoke more forcefully on the subjects of police violence and racism than anything offered by Pence and Kaine.

K.R.I.T. began his performance calmly: “Mamas been cryin’ and they gon’ keep cryin’ / Black folk been dyin’ and they gon’ keep dyin’.” Gradually, he escalated his voice, first making observations about police violence, then taking on the role of a violent cop, then delivering a set of final lines that speak to the crushing regularity of law enforcement killings of black people: “Another civilian / another ‘not guilty’ / another t-shirt / another rap lyric / another life gone / I can’t forgive it.”

Meanwhile, at the VP debate, Mike Pence was talking about “restoring law and order”–a phrase that can only be interpreted as coded language at a time when nationwide crime rates are not spiraling out of control, but hitting historic lows–and implying that institutional racism isn’t a problem in law enforcement. Tim Kaine did an admirable job of countering these ideas, but K.R.I.T.’s performance channeled the blood and agony of American racism and violence in a way no politician could. Watch it below.