Bieber Can’t Stop Telling His Fans to Shut Up 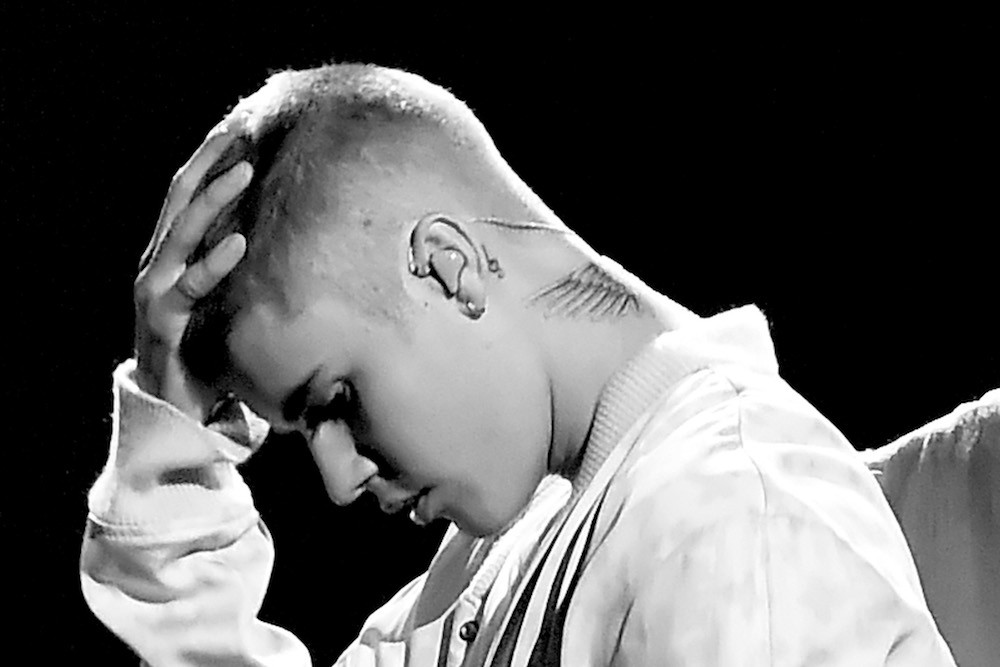 Justin Bieber, a 22-year-old curmudgeon, keeps getting upset when fans cheer him on during his Purpose tour stops. Fan support has pissed him off at least twice during his three-show stint at Manchester, U.K.

On his first show last Thursday, Bieber tried to have a heart-to-heart with his audience by reciting a series of platitudes. “Y’all have a Purpose,” he said. “Because sometimes people forget. Like, ‘Why am I here. What’s my purpose?'”

Bieber continued on until he realized the audience didn’t know what their intended purpose was: Shutting the fuck up so he could give his speech. He mockingly pretended to hand the microphone over as he switched his tone. “Do you wanna take the [mic]? You can talk if you want. No?

“I just thought I could have a moment of trying to say something,” Bieber continued, visibly appalled. “But if not, I’ll just get back to the singing if you guys don’t want to hear me speak.”

The crowd cheered on. Bieber, shocked at the nerve of these kids, decided to slam dunk this passive-aggressive lesson in etiquette. “I don’t mind cutting the bullshit because I don’t need to talk. I’m just trying to engage. But if you guys don’t want to do that, I’ll just play the music.” Bieber, upon realizing that he was at a concert and not a lecture hall, carried on with the performance.

He wasn’t as clement during the final show on Sunday in Manchester when his fans–some of whom had paid hundreds to be there–cheered as he spoke. Bieber once again stopped mid-speech to deliver an admonishment: “I don’t think it’s necessary when I’m trying to say something and you guys are screaming.” As fans continued screaming, a fed-up Bieber dropped his mic and walked off the stage.

Bieber did come back, though. The embattled singer said he just wanted to connect with his fans.

“I’m just going to quit the talking,” he said.