Barack Obama Has Gone Too Far With This Workout Playlist 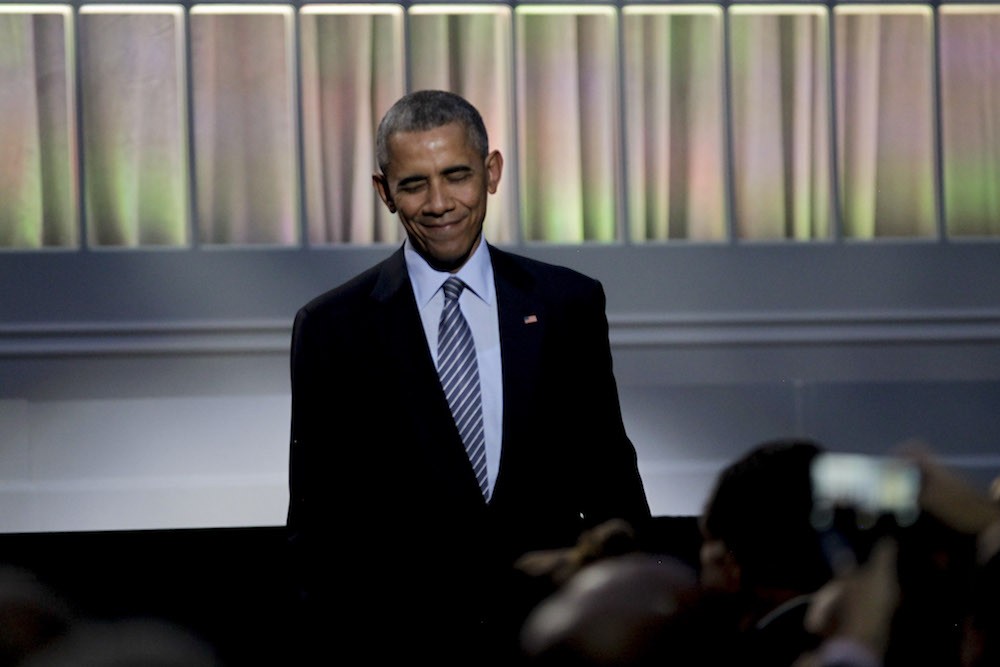 We can no longer trust Barack Obama during this 2016 election. Yesterday, the president released a new workout playlist. His playlists are usually the best I’m-old-but-I’m-hip mixtapes you can ask for; this year’s summer edition had Nina Simone’s “Sinnerman” and Janelle Monae’s “Tightrope.”

But Obama has changed. The easy parry to the accusation of voting for him simply because he was black was that the man had dignity. Obama threw it away when he shared that workout playlist.

Yes: Obama will really publicly admit that he listens to “Off That” in 2016. The worst song off Jay Z’s worst album? Come on, man.