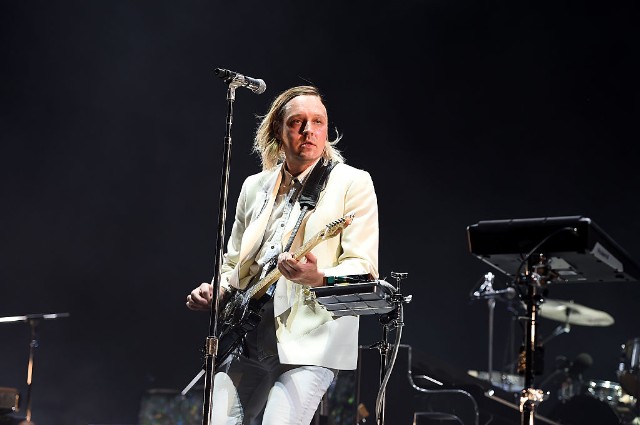 Arcade Fire debuted new music to a crowd of about 175 at a private show in New Orleans last night, the Times-Picayune reports. The new material is “dynamic, danceable rock … driven by percussive-heavy beats with a flavor of disco” and reportedly addresses some “weighty topics,” but since attendees’ phones were confiscated, there are no recordings of the event.

The secret show at the Secondline Studios film production facility comes one day ahead of Arcade Fire’s Sunday night headlining set at Voodoo Festival, so the rest of the world may get a glimpse of the new material soon. According to a Reddit AMA with the band’s Will Butler this past June, we can expect Arcade Fire’s next album sometime during spring 2017.