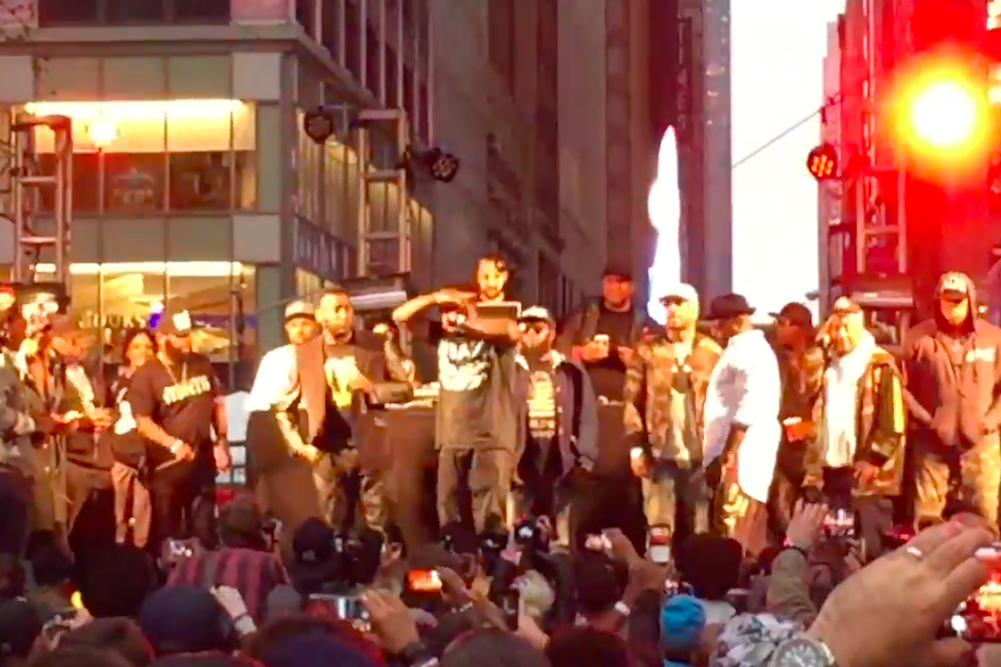 The second day of the New York City Roots Picnic was billed as a “Love letter to New York,” but the festival mainly interested itself with the city of a few decades past, featuring appearances from greats like David Byrne and the Wu-Tang Clan. Sometimes, all that nostalgia made it feel like the music was being performed behind museum glass, but there were some inspired moments, not least of which was the all-star hip-hop posse cut that Black Thought assembled just before the sun went down.

Before his band’s headlining set backing Byrne, Wu-Tang, and others, The Roots’ frontman played a set that was promoted as “Black Thought’s Live Mixtape.” At first, it seemed like it was going to be a solo performance, but after a few cuts, hard-rapping guest MCs from NYC and elsewhere began appearing onstage and doing a few songs each. By the end, Black Thought had assembled an all-star cast of rappers from the ’80s and ’90s, and they closed the set with a rendition of “The Symphony,” Marley Marl’s classic Otis Redding-sampling posse cut. Kool G Rap, Big Daddy Kane, and Craig G were all present from the original “Symphony” lineup, and they were joined by Freeway, Royce Da 5’9″, Pharoahe Monch, Smif-N-Wessun, and Black Thought himself.

It would have been nice to see a representative of the current generation of New York rappers–Young M.A maybe, or even an overt disciple of this crowd like Joey Bada$$–but when you looked around and saw all the old heads nodding and lighting up blunts, it was hard to be mad. We only have one question: Where the hell was Masta Ace?

Listen to the performance below via Ambrosia for Heads and the original “Symphony” video after that.