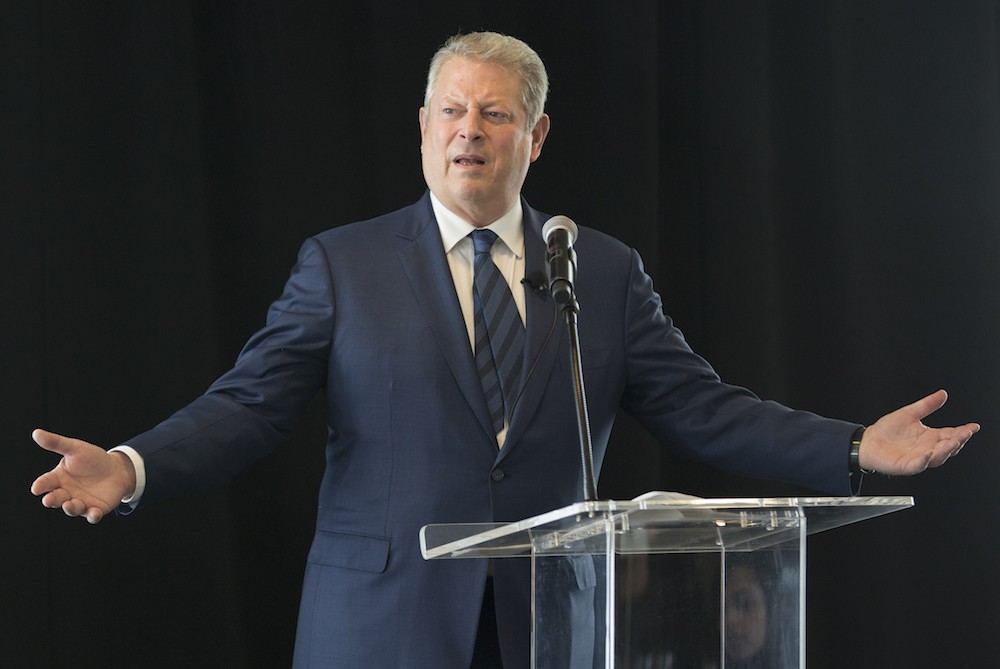 In contrast to their enthusiasm for President Obama, millennial voters aren’t terribly jazzed about Hillary Clinton. Polling indicates that many of them would vote for a third party over Clinton or Donald Trump, which is just wild as hell considering Gary Johnson can’t name a foreign leader and Jill Stein is craven enough to reference Harambe for attention.

Thankfully, the Clintons have a new plan to countermand the millennial lethargy, so that we don’t end up working in state-sponsored gulags under Emperor Trump. Her brilliant idea? Al Gore! Gore is set to join the Clinton campaign in an explicit move to appeal to millennials by talking about climate change, his cause celebre since losing his presidential bid in 2000.

Clinton’s record on talking about climate change isn’t super rousing, so it makes a certain sense to have a visible advocate get out the message. Gore is still synonymous with the public effort to reduce greenhouse gas emissions, for all the good it might do. He also stands as a cautionary tale for following one’s conscience: As history tells it, his 2000 bid was derailed by the liberal voters who went for Ralph Nader in Florida, leading to George W. Bush’s electoral upset despite having lost the popular vote. (This, despite evidence showing that a great many more Democrats voted for Bush.)

That said: Al Gore? That’s the silver bullet to jar millennials from their apathy? Jesus. Hillary has to walk a fine line between shoring up her credentials with a more idealistic voter base, but also shaking them out of their wishy-washiness by reminding them that the literal future of liberal democracy is at stake, so maybe don’t clutch your pearls and go my consciiiiiience. Still, it’s not like Bernie’s advocating on her behalf has helped turned the millennial tide. And the simpler “what’s wrong with you” message wouldn’t sound right coming from another representative of the establishment, like Gore. Lena Dunham hasn’t worked. Maybe they can get Eric Andre, or reunite Clipse.