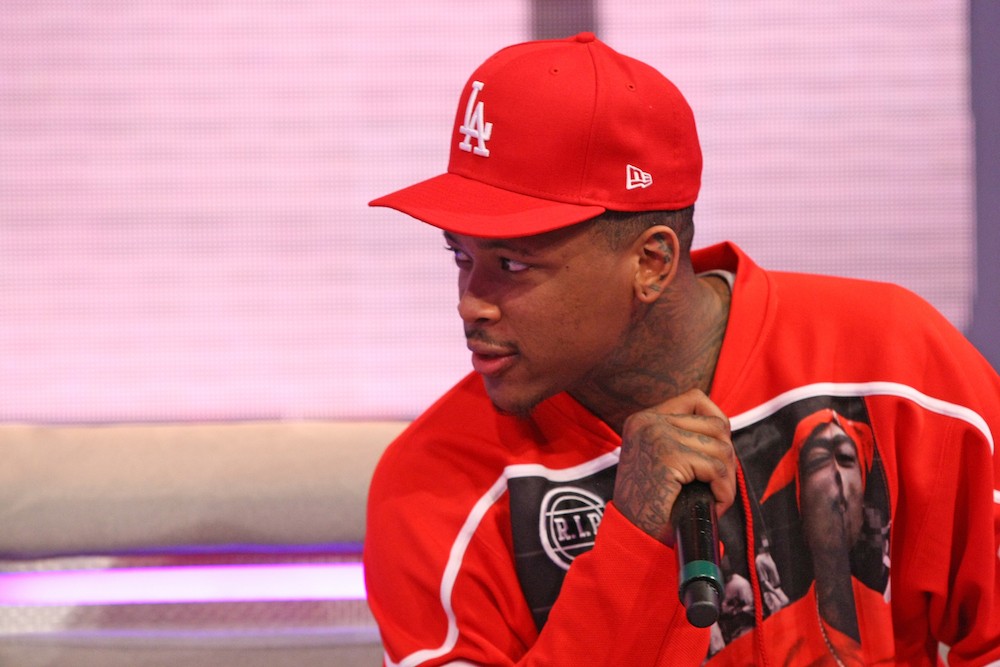 YG isn’t a big fan of chum-crusted sponge Donald Trump—he has a song called “Fuck Donald Trump,” which is also the name of his current tour. The tour kicked off last night in San Diego, where the rapper brought out a Trump-shaped piñata on stage, and invited fans to beat the shit out of it. The lucky stick wielders went crazy, reducing the papier-mâchéd effigy to a collection of parts, right before YG launched into “Fuck Donald Trump.” Watch some short videos below.

I know what you’re going to say: “But isn’t this inciting anti-Trump violence? What if it was ‘Fuck Hillary Clinton,’ with a Clinton piñata? Wouldn’t the libs go nuts?” Well, YG’s gesture is clearly an act of defiance against a campaign that’s openly encouraged violence against anti-Trump protesters, and as a literal performer, it’s easier to read a measure of entertainment in his provocation. A hung Hillary effigy dangling from a crane, this is not.

@YG invites people on stage to beat a Donald Trump Piñata shit was too brazy pic.twitter.com/rnCIFMvjV2