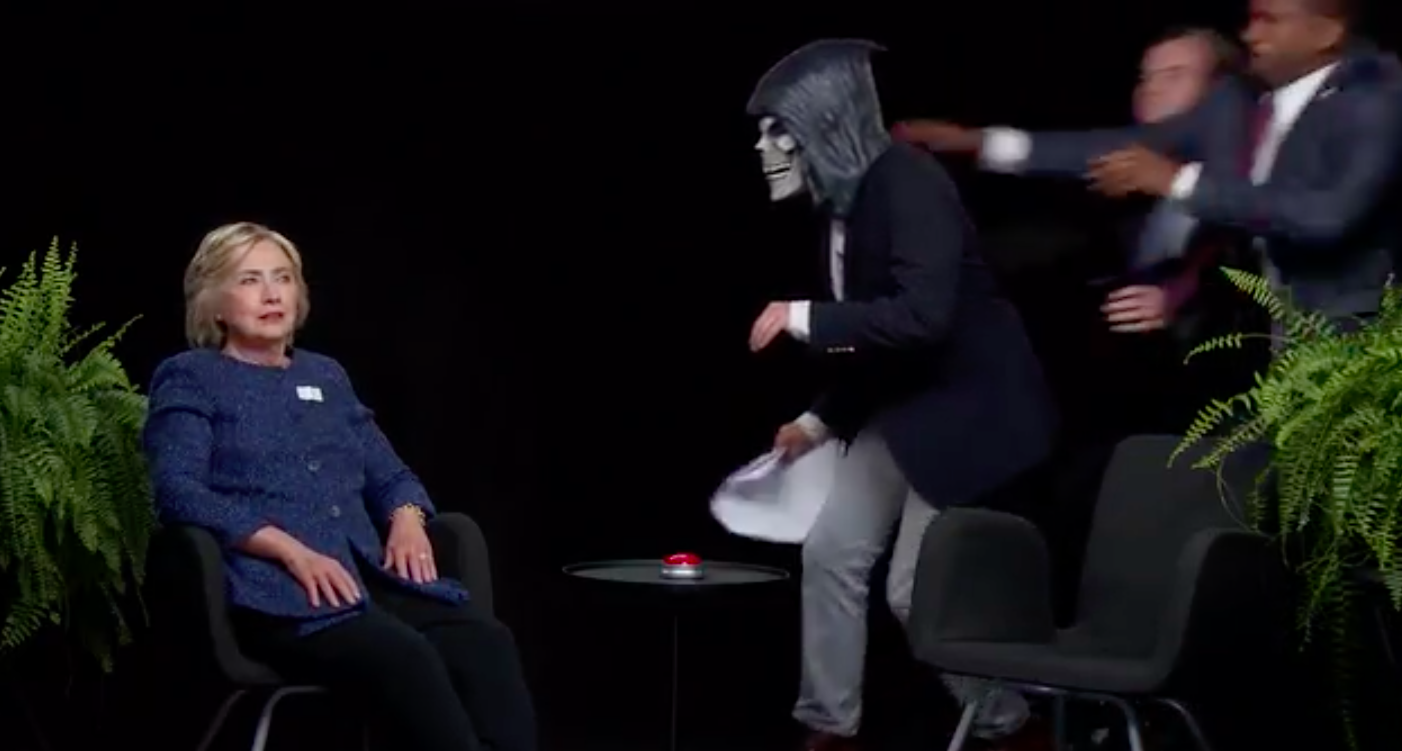 Hillary Clinton is working hard to make up for lost territory amongst millennials, who recently revealed they would strongly consider voting for third party candidates Gary Johnson and Jill Stein, potentially creating conditions that would lead to President Trump. Millennials! Get it together. The beleaguered generation cares more than just irony and good memes, as any diehard Bernie supporter can tell you, but a familiarity doesn’t hurt–and now, HRC has appeared on Zach Galifianakis’ iconic interview show, Between Two Ferns, to get trolled by the master.

The show, for the uninitiated, features Zach G interviewing his subject while sitting between two ferns, and subjecting them to all sorts of rude, forward questions. The guests are probably in on the joke, but they do a great job of pretending they’re not.

In Hillary’s case, Galifianakis asked her about being Obama’s secretary (not Secretary of State), how it would feel to be the first “girl president,” if she’d ever looked at Trump’s success and considered being more racist, and much more. Her title card read “Hillary Clinton: Had Pneumonia”; he also compared her pantsuit look to a librarian from outer space. She took it all in good humor, making for great viewing. Watch it below.

Between Two Ferns With Zach Galifianakis: Hillary Clinton from Funny Or Die

Watch the Trailer for Zach Galifianakis’ Between Two Ferns: The Movie