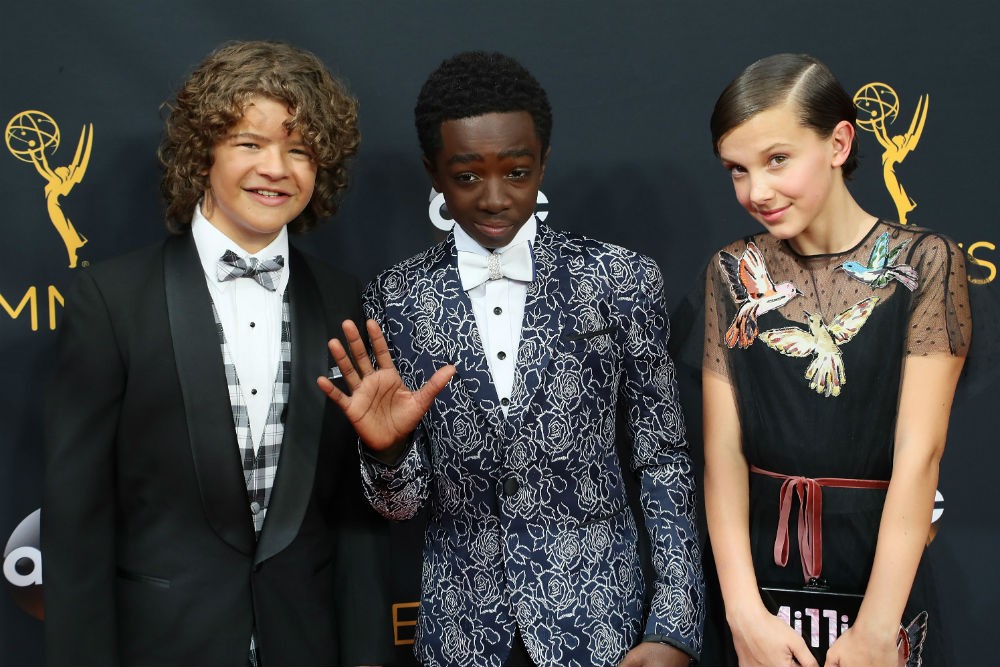 Netflix’s breakout hit of the summer, Stranger Things, wasn’t eligible for any Emmys this year, but that didn’t stop three of the show’s young stars from taking the stage at this year’s ceremony. Before the 68th Annual Primetime Emmy Awards kicked off in Los Angeles on Sunday night, audience members were treated to a special pre-show routine: Gaten Matarazzo, Caleb McLaughlin, and Millie Bobby Brown—who play Dustin, Lucas, and Eleven on the sci-fi drama, respectively—performing Mark Ronson and Bruno Mars’ un-killable 2015 smash “Uptown Funk.”

We know, no one ever needs to be subjected to those horns or Bruno’s “Don’t believe me, just watch” boast ever again, but these kids pulled it off. They all know how to hold a stage, but Brown’s voice is especially amazing. (FYI: She’s also a Nicki Minaj fan.) We dare you to watch and not be charmed. Check out some crowd-shot footage below, along with a clip from the main ceremony, in which the kids donned their Stranger Things costumes and handed out peanut butter-and-jelly sandwiches to the audience.