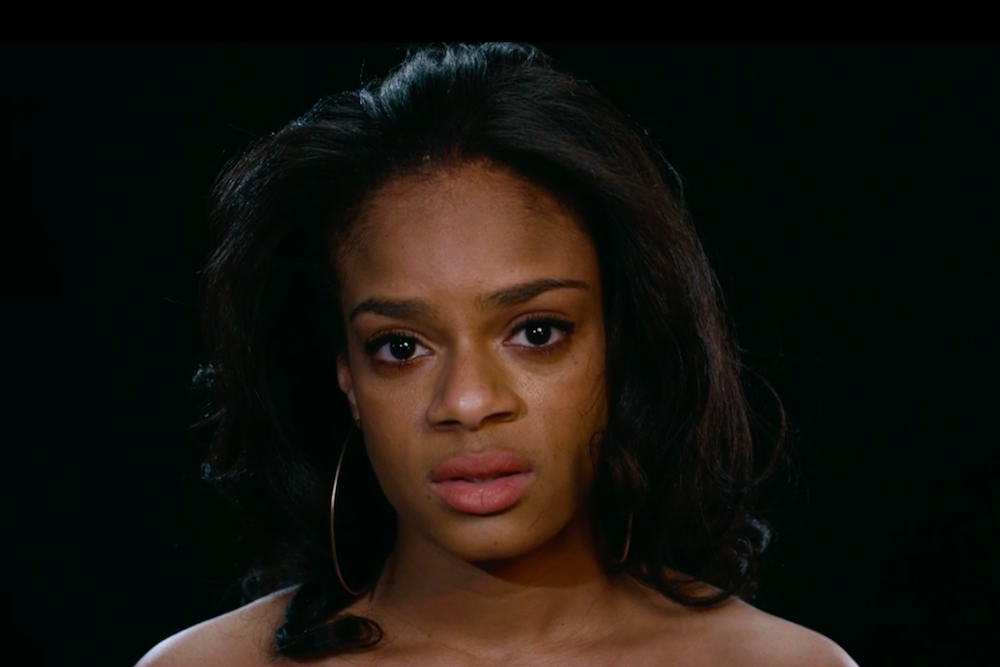 ANOHNI’s just released the video for the HOPELESSNESS track “Crisis,” featuring a single shot of a woman staring into the camera, mouthing the song’s lyrics with slowly increasing emotional intensity.

The spareness of the video matches the plainspoken nature of the song’s lyrics and the directness of ANOHNI’s message. “If I killed your father with a drone bomb, I’m sorry,” she sings at the as the song opens.

ANOHNI wrote in a press release that the video is meant to show what it might look like if an American citizen personally acknowledged the killings the U.S. military has committed overseas. “There is an unspoken sense that the atrocities our country has committed in the Middle East are too grave to really acknowledge or account for. And yet for peace to really take hold, there is no other road forward,” she wrote.