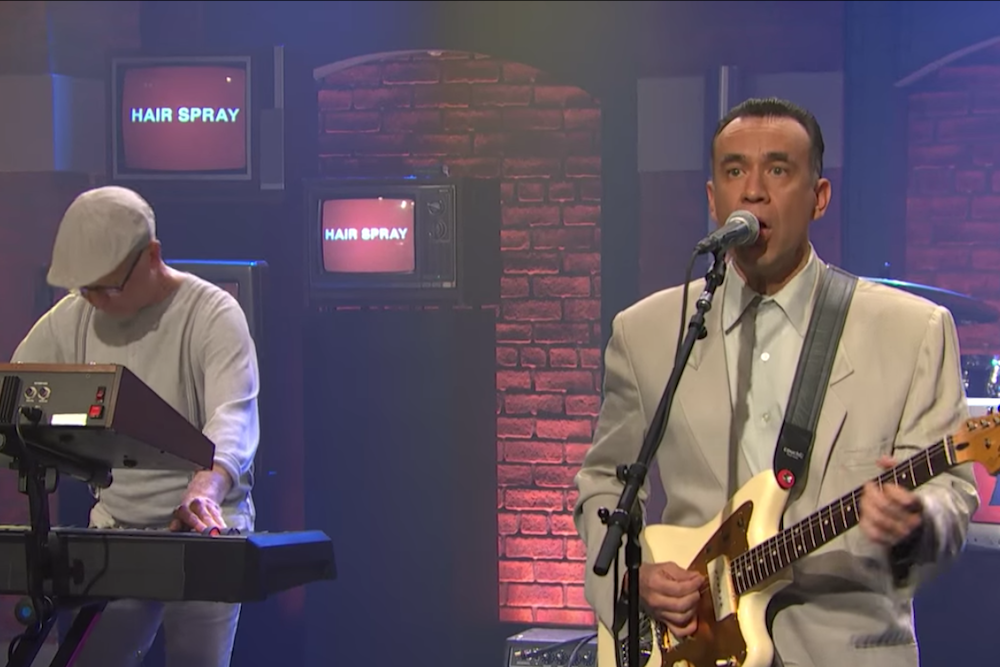 In an upcoming episode of their great IFC series Documentary Now!, Fred Armisen and Bill Hader will bust out the big suits and postindustrial dread as Test Pattern, a Talking Heads-inspired band, for a parody of the Heads’ classic concert film, 1984’s Stop Making Sense. The Saturday Night Live alumni delivered their debut performance as Test Pattern on last night’s episode of Late Night With Seth Meyers, and if it’s a reliable indicator of what’s to come on their own show, then there’s plenty reason to be excited about the full Documentary Now! sendup.

Backed by two other musicians, they performed an Armisen-penned tune called “Art + Student = Poor.” The song is a convincing send-up of the More Songs About Buildings and Food- and 77-era Heads, and offers multiple explicit nods to Stop Making Sense: Armisen pops a cassette into a tape deck at the beginning, and the band is surrounded by TVs showing disconnected buzzwords, as in the “Making Flippy Floppy” performance from the movie.

Last time Armisen and Hader started a fake band, they eventually released a real album. No word yet on whether they plan to do the same as Test Pattern. For now, watch below.