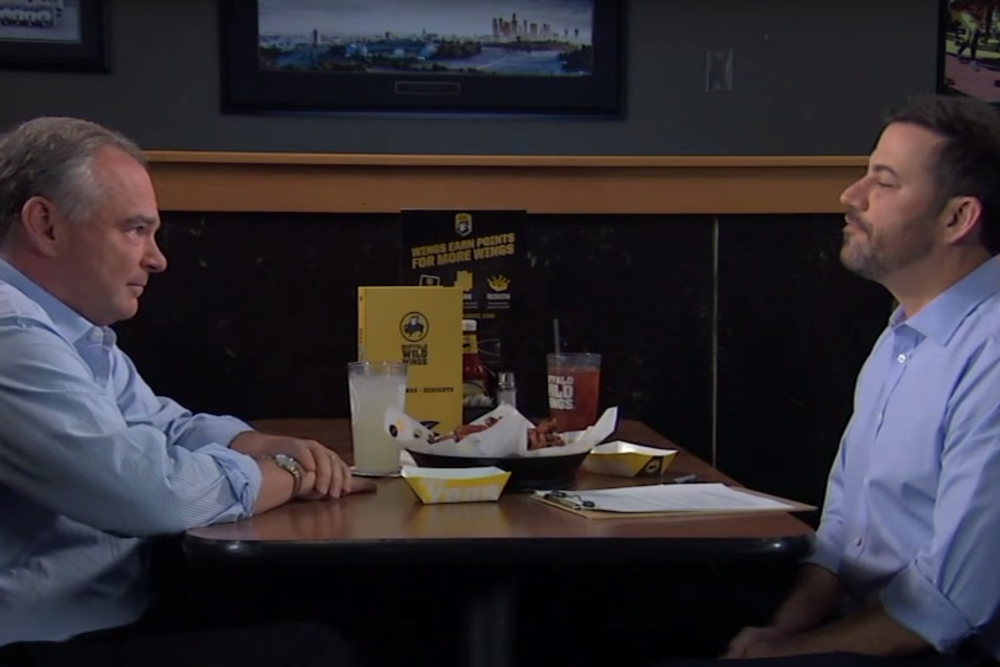 Donald Trump and Hillary Clinton sparred onstage at New York’s Hofstra University last night, but Monday’s main event took place at a Buffalo Wild Wings, where Jimmy Kimmel challenged Clinton’s running mate, Virginia Senator Tim Kaine, to a sit-down debate. In a segment that aired during last night’s Jimmy Kimmel Live!, the two hashed out a host of hard-hitting issues: whether we should have the Monday after the Super Bowl off from work, the prospect of jailing people who flood your social-media feeds, and the importance of organizing concert audiences by height.

They capped off the cutesy back-and-forth with a harmonica battle that not only gave Kaine (who’s a noted music nerd) a chance to show off his skills, but also to work in a cameo from none other than John freakin’ Popper of Blues Traveler. It’s a frivolous distraction, but it’s a welcome one in the midst of post-presidential debate hangover. Watch Kaine audition to be America’s good-natured stepdad below.