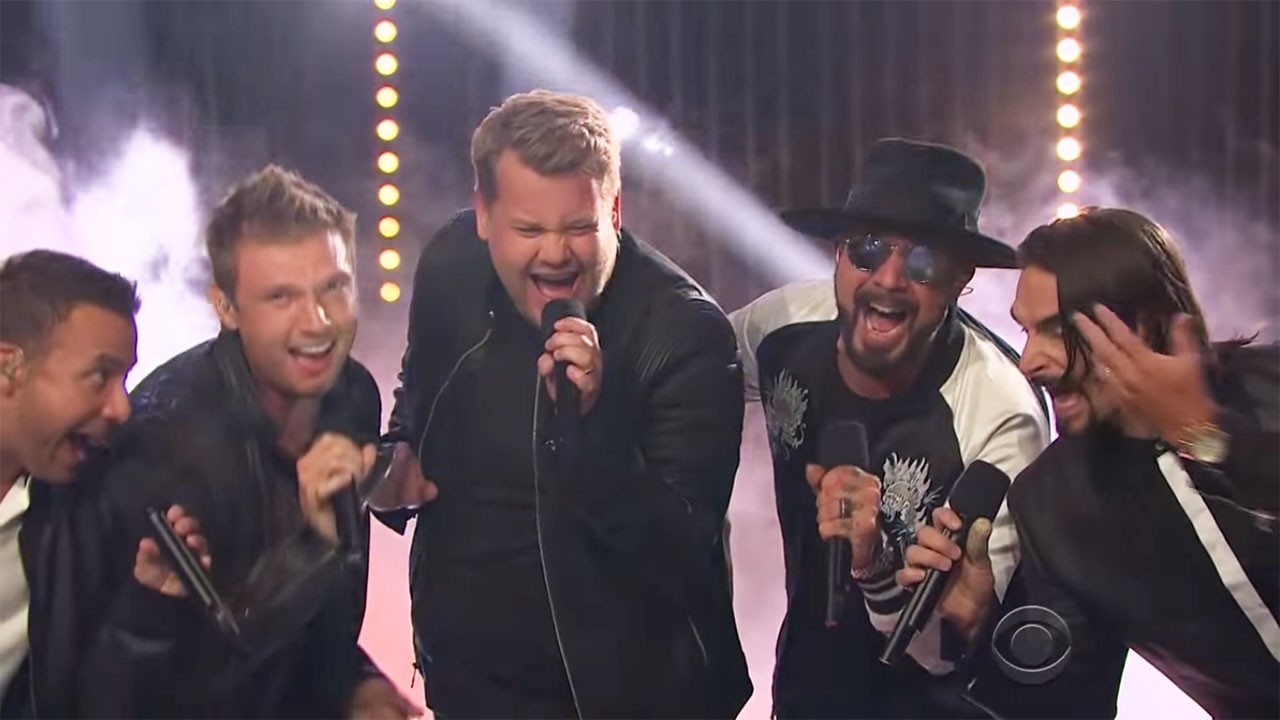 On last night’s The Late Late Show with James Corden, the host announced that he’s making it his mission to bring back boy bands. Corden’s nostalgic for the strain of pop stars that dominated the turn of the century: “the Cute One, the Funny One, the Nice One, the Other One, and the Maverick,” all in matching outfits and showing off synchronized dance moves in wildly overpriced videos. And that’s exactly why he welcomed the Backstreet Boys onto his set for a performance of their ’98 jam “Everybody (Backstreet’s Back).” As he’s wont to do, Corden horned in on the action, crowning himself the sixth Backstreet member. (Don’t stress, it’s highly doubtful he’ll be joining BSB for their Las Vegas residency, which starts next year.) Watch Corden perform with the Backstreet Boys below.