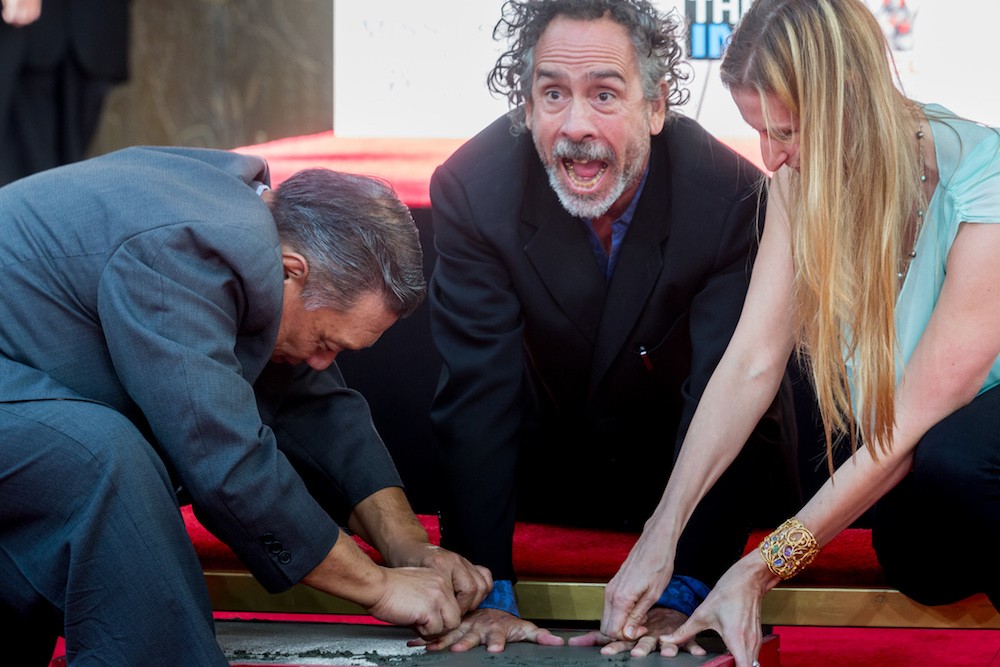 The numbers confirm the eye test: There aren’t very many people of color on camera. A new interview with Tim Burton might help explain why Hollywood is so slow to catch up.

Burton’s new movie, Miss Peregrine’s Home for Peculiar Children, is out today. It’s about a school for children with superpowers, seen through his characteristically dark and whimsical lens. The kids speak with perfect British accents, and behave in achingly quirky ways, but there’s a hint of the macabre informing the plot and characterizations. It looks like standard Burton fare, in other words—especially because all of the characters are white, except for the villain, played by Samuel L. Jackson.

This probably would’ve escaped notice on its own, because the default state of the industry. But speaking with Bustle, Burton gave a baffling, bad answer as to why his movie is so monochromatic:

Nowadays, people are talking about it more … Things either call for things, or they don’t. I remember back when I was a child watching The Brady Bunch and they started to get all politically correct. Like, OK, let’s have an Asian child and a black. I used to get more offended by that than just… I grew up watching blaxploitation movies, right? And I said, that’s great. I didn’t go like, OK, there should be more white people in these movies.

It’s an oddly defensive answer from one of the most famous directors in the world. Watching the trailer, we see any number of children with strange powers where “whiteness” doesn’t seem key to their character. So why not spread out the casting? By Burton’s logic, the movie didn’t call for it—an explanation that only bears weight if you think one’s race confirms an innate set of characteristics.

Token casting is lame, and when someone is very obviously casted to be “an Asian” or “a black,” the thinness of the character selection usually shows up in the writing. But it’s easy to avoid that kind of writing by treating non-white people as … people. Not in a fussy “I don’t see color” way, but by allowing that all sorts of characters look all sorts of ways. The world is diverse; it’s peculiar not to recognize that.

Again, this isn’t unusual for Hollywood. (One example: Ridley Scott claimed he cast white people as Egyptians because that was the only way to get the very light-skinned, very bad Exodus made.) Burton saying it out loud only confirms the suspicion of everyone who’s frowned at another report confirming the same set of numbers: Some people with power still don’t get it.