The Weeknd Plays a Destructive “Starboy” in New Video 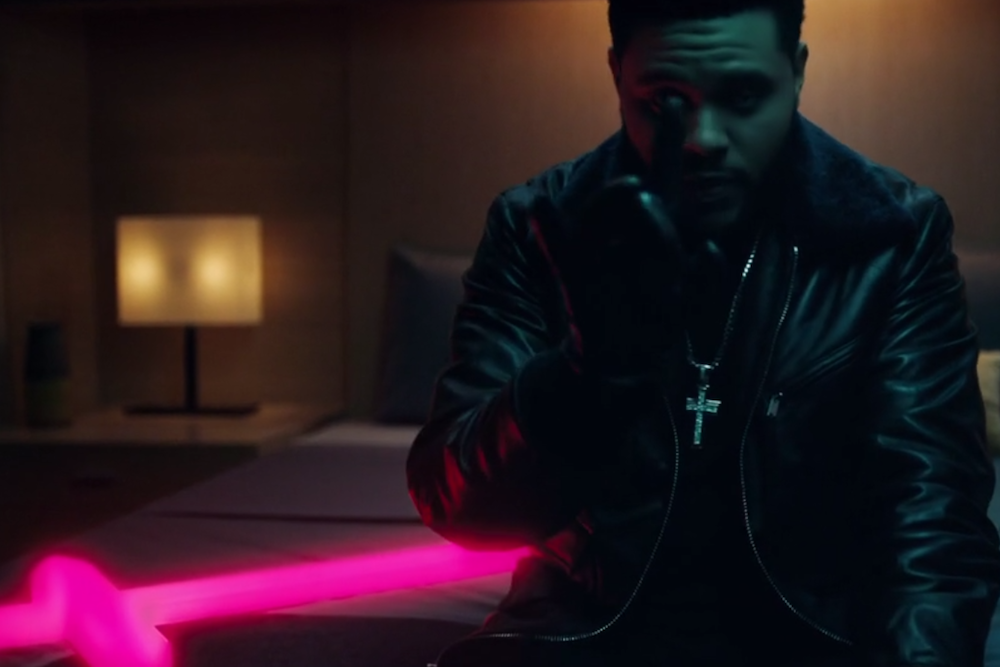 The Weeknd’s Daft Punk-assisted “Starboy” dropped with little warning last week. Now, Hump Day has brought a music video for the single, which is the title track from the Weeknd’s upcoming third studio album. Grant Singer, who directed “Can’t Feel My Face” and “The Hills” from Beauty Behind the Madness, is once again behind the camera for this new clip.

As per usual with Weeknd videos, “Starboy” eschews plot for stylistic flourish. The Toronto supervillain smashes up a room with a cross-shaped lightsaber (Daft Punk aren’t there to calm him down—they only appear in a portrait) before the he rides off into the night with a panther as a passenger. Despite just premiering today, the video scored an MTV Europe Music Awards nomination last night, before its actual release.

The Weeknd has a busy Saturday ahead of him. He’s set to perform at the Meadows Music and Arts Festival in Queens, New York before performing on Saturday Night Live’s season premiere. Before we get too far ahead of ourselves, watch the “Starboy” video below. The Starboy album is scheduled to drop November 25.