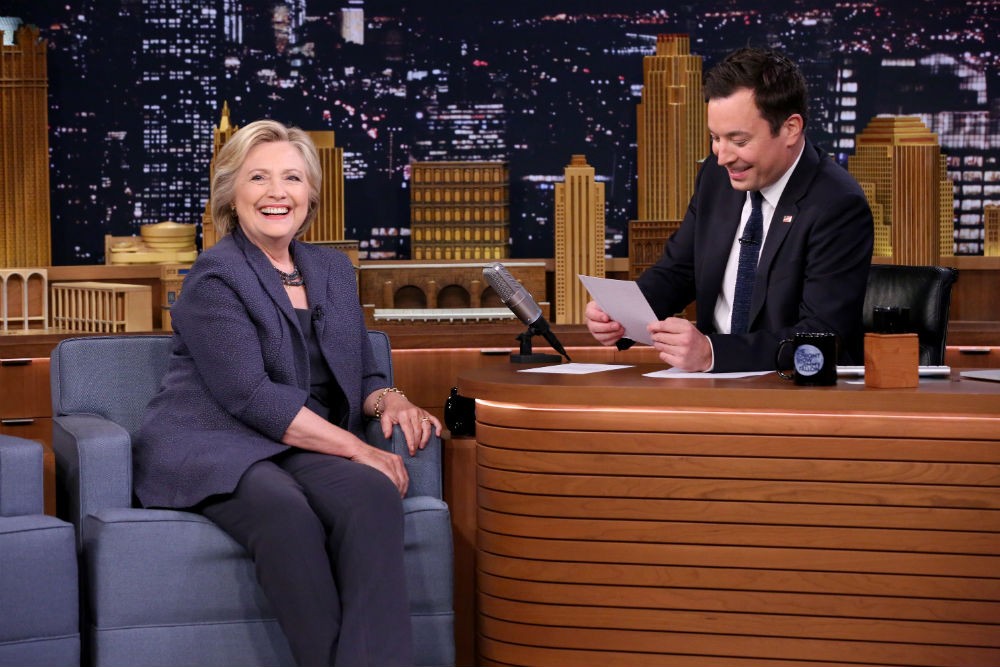 Last week, Jimmy Fallon invited Donald Trump onto The Tonight Show for a toothless chat that felt better suited for a sleepover than a nationally televised interview with the Republican candidate for president. The Roots, though, seemed to sneak in a dig at the right wing’s foremost angry balloon. As Trump made his entrance, The Tonight Show’s house band played him on with a segment of Erykah Badu’s “20 Feet Tall” that features the lines “Then you, you built a wall / A 20 foot wall, so I couldn’t see,” which is almost certainly a very thinly veiled reference to the mythical wall Trump wants built along the border of the U.S. and Mexico.

Last night, Fallon had Hillary Clinton on The Tonight Show as a guest, and her walk-on music also featured a wink: The Roots performed a snippet of “Mighty Healthy,” from Ghostface Killah’s stone-cold classic second album, 2000’s Supreme Clientele. “Mighty Healthy” is likely a nod to Clinton’s recent bout of pneumonia, which she was diagnosed with after weeks of speculation/scaremongering about her health. Fallon played along, opening his talk with the Democratic nominee by donning a surgical mask and using hand sanitizer—all in good fun, just as a campaign to become the most powerful person in the world should be.

Watch last night’s entire episode of The Tonight Show below, and jump to the 12:00 mark to catch Fallon’s conversation with Clinton.