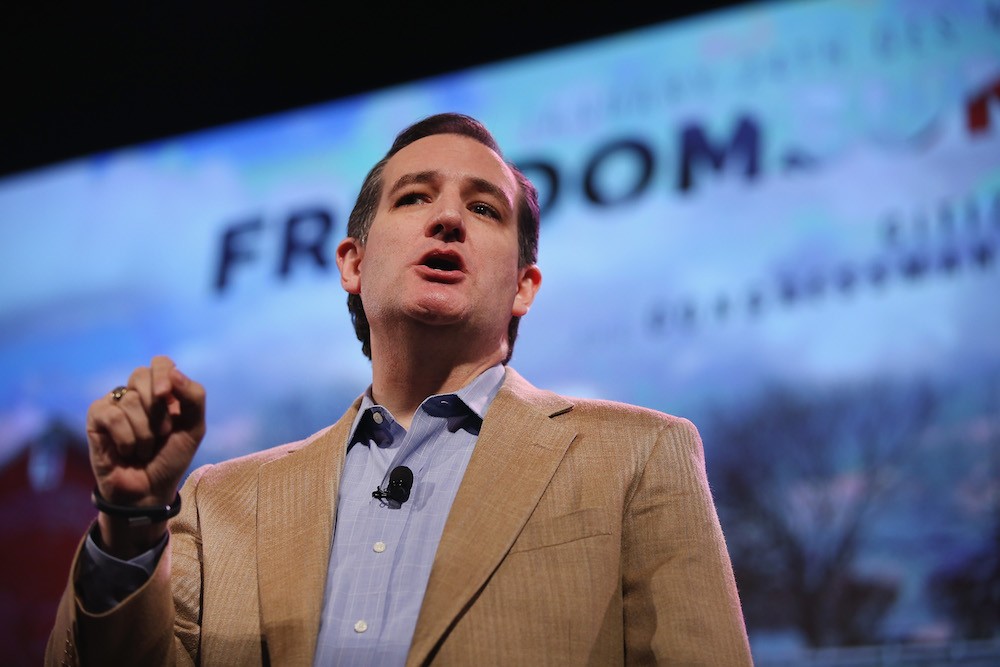 Ted Cruz has finally bent the knee. In a lengthy Facebook post, the failed Republican presidential candidate said he’s planning on voting for Donald Trump this November. Cruz explains he made the decision for two core reasons: He pledged that he was going to vote for a Republican nominee, and because he finds Hillary Clinton “wholly unacceptable.”

Cruz wrote that he sides with Trump on six policy issues, including his hatred of Obamacare, the current president’s supposed war on coal, and the “lawless” immigration structure. He also stated his fears about the Supreme Court and how Clinton’s leftist values threaten “our most basic rights.” (Today, Trump promised to appoint judges in the mold of “in the mold of [Antonin] Scalia,” the late Supreme Court judge/foremost intellectual bigot on the court.)

“Our country is in crisis,” Cruz wrote. “Hillary Clinton is manifestly unfit to be president, and her policies would harm millions of Americans. And Donald Trump is the only thing standing in her way.”

Of course, Cruz’s wave-riding is a complete contrast to his stance during July’s Republican National Convention, where he flagrantly refused to endorse Trump during his speech. Despite the criticism, Cruz stood by his actions, saying “I am not in the habit of supporting people who attack my wife and attack my father.” Previously, Trump had accused Cruz’s father of conspiring to kill JFK, and threatened to “spill the beans” on his wife. As of September 23, they were officially inconveniences.

Is there some entertainment value here? Well, yeah: Cruz’s comments section are filled with people accusing Cruz of being a sellout. “My support for you ends with this announcement,” says one commenter. “The Cruz stickers are coming off the car. Good day, sir.” They’re mad as hell, and now, nobody’s on their side.