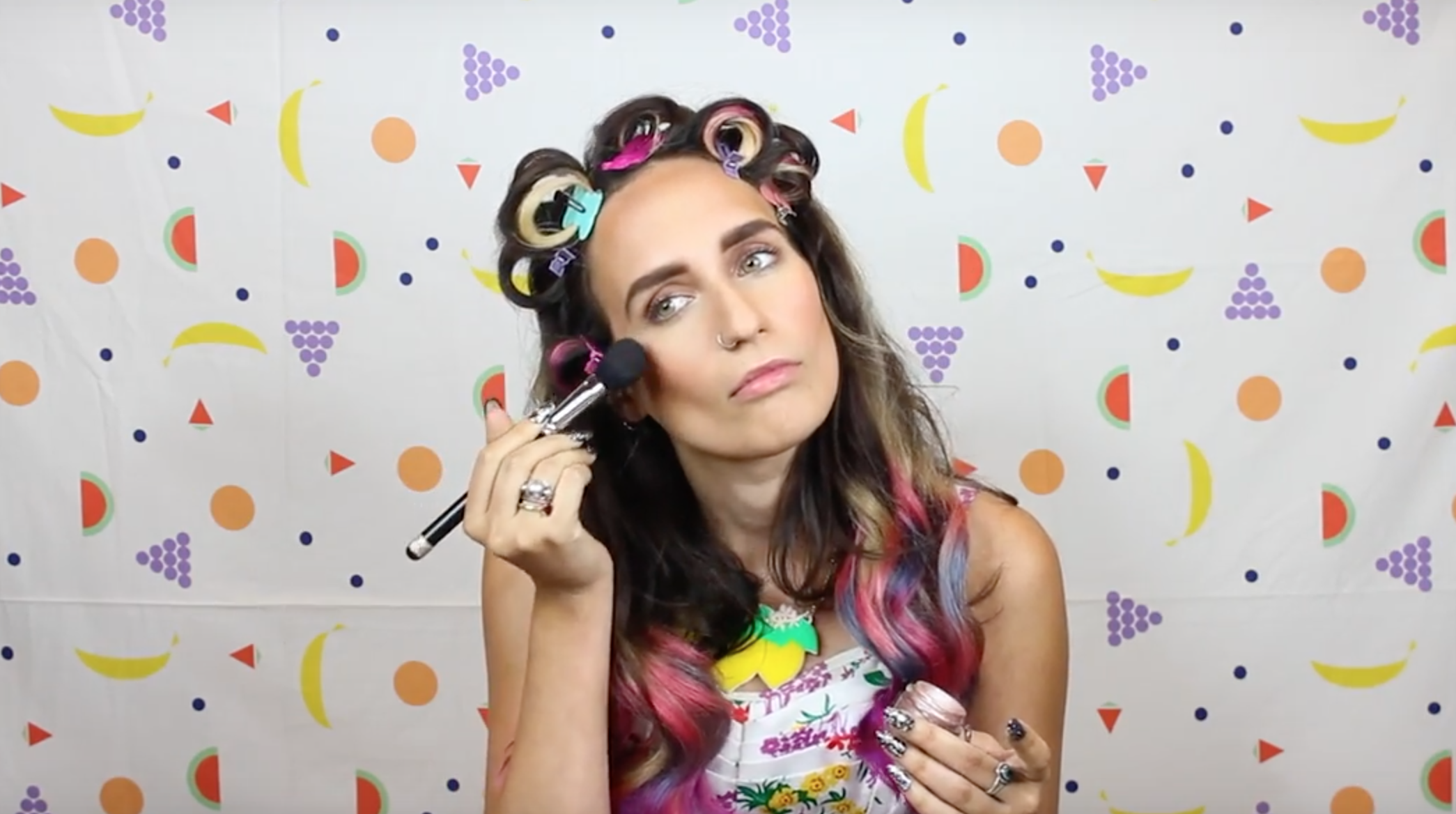 Speedy Ortiz’s Sadie Dupuis has released “<2,” the second single from Slugger, her upcoming solo debut album as Sad13. The new track comes with a colorful music video, in which Dupuis pays tribute to the artistry of tutorial makeup artists. As Dupuis gives herself a reptilian makeover, contours “like a Kardashian,” and mounts a rainbow bagel to her forehead, the song revels in its infectious rock riffs, and the hypnotic sound of Dupuis’ voice. Watch it below. Slugger is out 11/11 via Carpark, featuring the lead single “Get A Yes.”