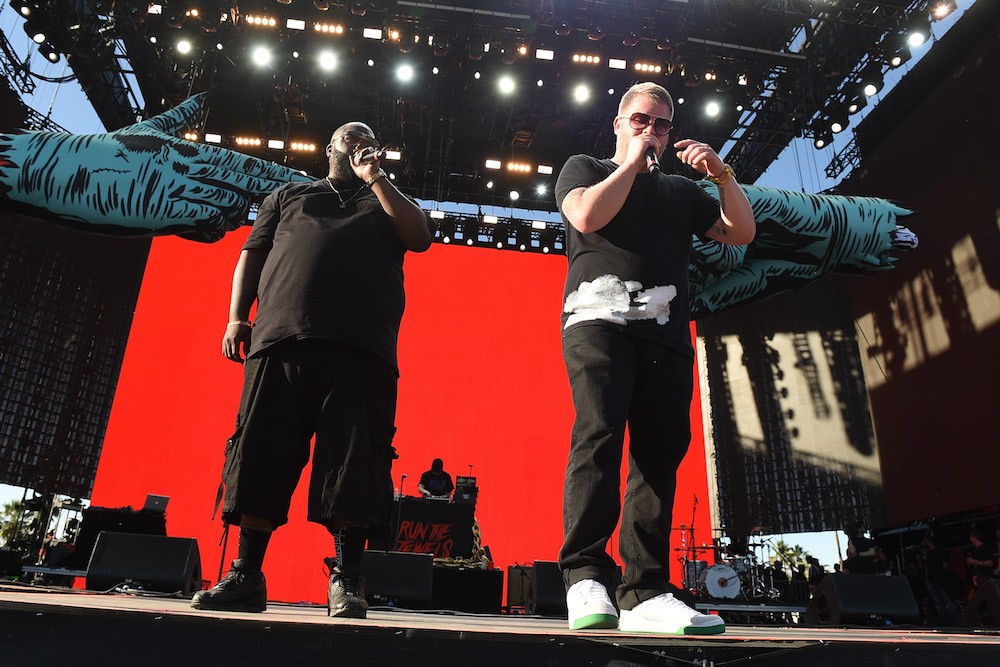 Run the Jewels are about as teeth-rattling as a Gears of War game. So the following pairing makes sense: The group premiered a portion of a new song entitled “Panther Like A Panther (I’m the S**t)” to go along with the trailer for Gears of War 4 today. The full-length banger is slated to appear on Run the Jewels 3.

In the two-minute clip El-P delivers hectic, whirring production to go along with the video game’s symphony of dismembered monster corpses. The gunfire muffles the verses, but the hook — “Looking at the money like it’s ours to get” — shows Run the Jewels are still in that middle aged rebels lane.

Run the Jewels 2 was the best hip-hop album of 2014, and 2015 saw only a cat-themed remix album, Meow the Jewels, so it makes sense that fans have been clamoring for the proper follow-up. Killer Mike said back in June that he wanted RTJ3 to drop by the end of the year, but their only completed and released song this year was “Nobody Speak” with DJ Shadow. They’ve been releasing snippets, though, so fans knew the duo weren’t fibbing.

RTJ3 still doesn’t have a release date, but if you can stomach the gore, you get a taste of “Panther Like A Panther (I’m The S**t)” below.