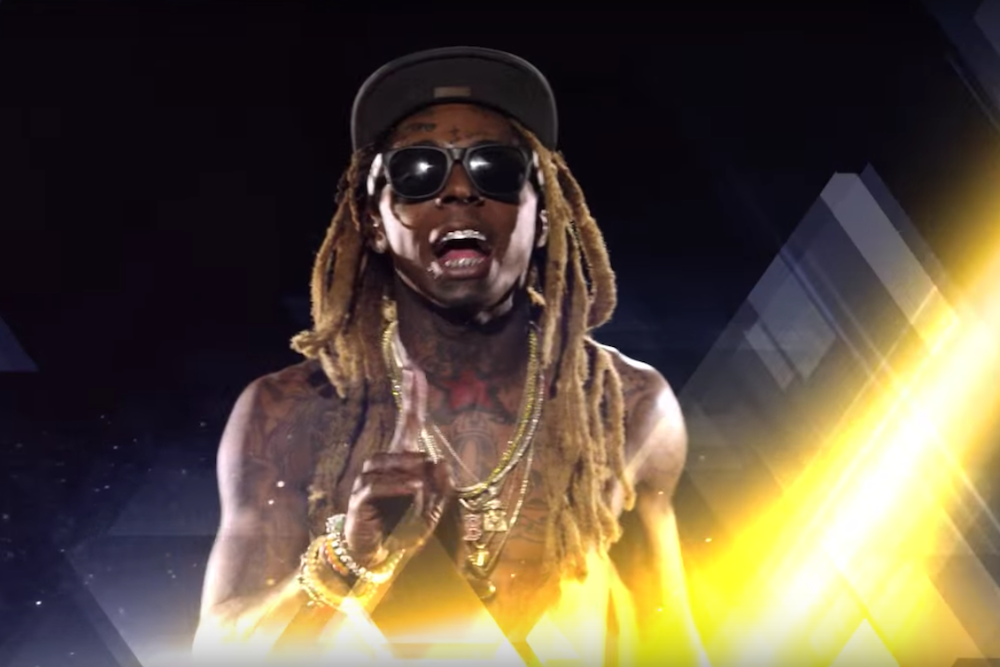 For those who enjoy their new music with a side of flame-seared takes on sports, here’s Lil Wayne’s “No Mercy,” also known as the theme song to Skip Bayless and Shannon Sharpe’s new debate show on Fox Sports 1.

Wayne appears in full shirtless splendor in the intro to Skip and Shannon: Undisputed, rapping over shots of the two hosts enthusiastically gesticulating at one another. I was going to make a joke about how the limp “No Mercy” would at least sound better than whatever the hosts had to say about Colin Kaepernick on the Undisputed premiere this morning, but it looks like Skip came out on the right side of the issue, so the song doesn’t even have flattering context going for it.

“I AM NOW DEFENSELESS AND mentally DEFEATED & I leave gracefully and thankful I luh my fanz but I’m dun,” Wayne tweeted over the weekend, leading fans to wonder whether he might be on the way to retirement. That’s probably not going to happen–“I’m good y’all don’t trip,” he added later–but if it is, let’s at least hope that “No Mercy” isn’t his final statement. If you’re hungry for solid sports television content from Weezy, listen to his “SportsCenter” freestyle from the 2006 masterpiece Dedication 2 instead, and hope with me that he still has more of that sort of thing in him.