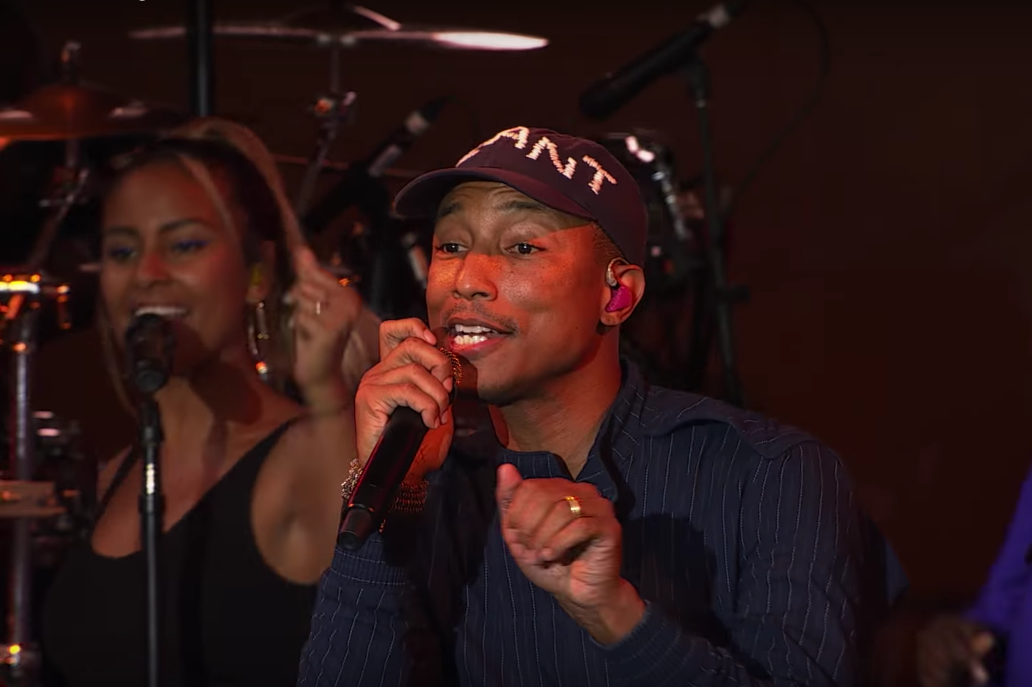 Hidden Figures isn’t yet completed, and only clips from the film were shown at TIFF yesterday. It’s slated for a national release in January 2017, but is expected to receive a limited run this December in hopes of qualifying for the 2016 Academy Awards.

Pharrell was nominated for an Oscar for Best Original Song in 2014 for “Happy,” his number-one hit that’s technically part of the Minions sequel Despicable Me 2. (The writers of “Let It Go,” from Disney’s Frozen, ultimately took home the statue.)

Below, see a professionally edited selection of clips from yesterday’s Hidden Figures live concert (via Vulture) and a behind-the-scenes trailer also featuring Pharrell.