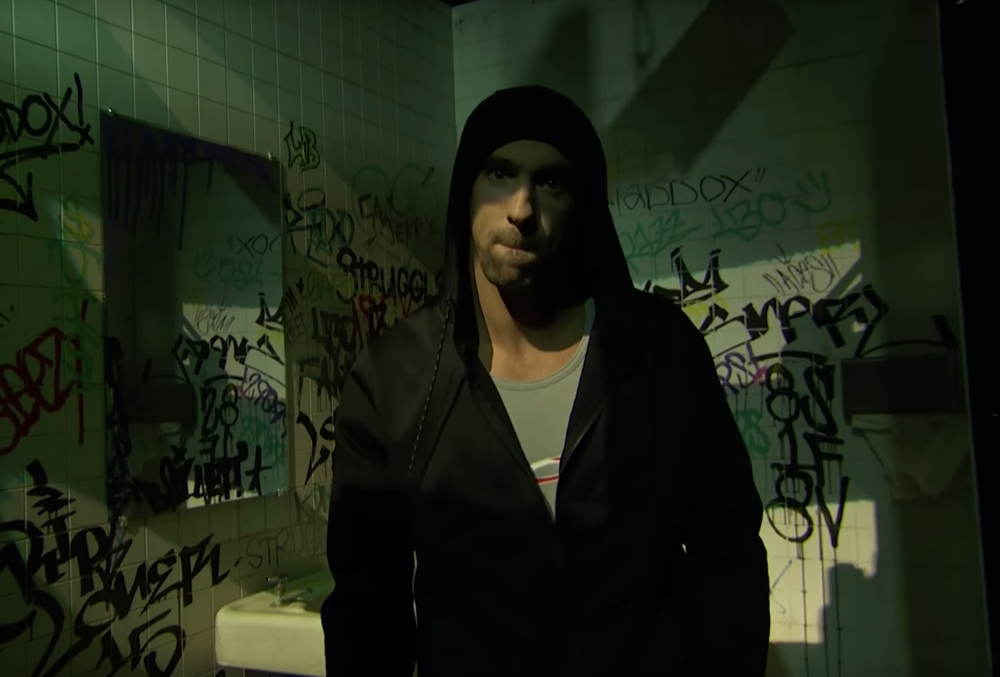 Increasingly inane non-competition show Lip Sync Battle managed to snag Michael Phelps for their “All-Stars” episode on Sunday night. Now, there are areas in which Phelps could reasonably be described as an “All-Star”—his 28 Olympic medals prove that swimming is one of those areas, his indelible death stare suggests that intimidation another. Lip syncing, however, is not one of his great talents. Exhibit A: Phelps’ take on Eminem’s 8 Mile signature “Lose Yourself” from last night’s show.

Sure, he eventually gets into a rhythm, and the crowd loves him, and his mic drop is quite impressive, but he looks awkward throughout. It’s strange considering that the Oscar-winning anthem is an apparent standard in his pre-swim playlist. Maybe I’m being too harsh, but whatever, it’s ridiculous that lip syncing in front of crowds is even a thing. Watch Phelps fumble through “Lose Yourself” below.