It's definitely too soon to satirize 9/11 through weekend sale 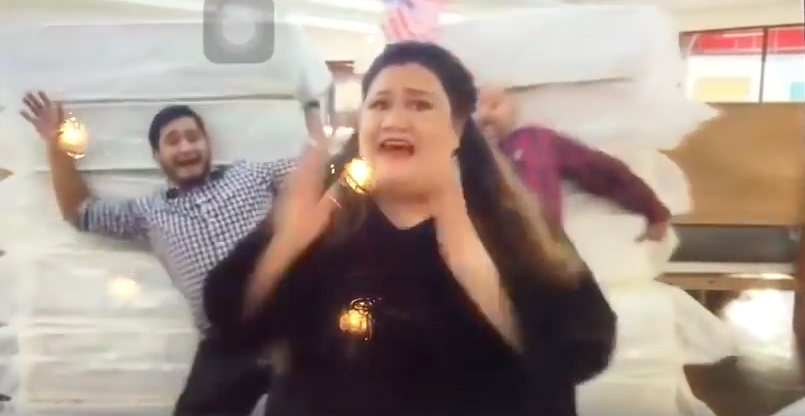 The internet is a file cabinet with a “Things to Make People Mad” sticker slapped on the front, full of index cards labeled “Rihanna seapunk appropriation,” “Colin Kaepernick,” “Donald Trump’ takes,” and so forth. Sometimes, though, the collective side-eye makes sense. This Sunday is 9/11, and to mark the occasion, San Antonio mattress company Miracle Mattress announced a new deal on … twin mattresses. The deal was accompanied by a commercial in which the store’s employees fell backwards into two stacks of mattresses meant to represent the World Trade Center, as the owner of the store shrieked in mock surprise before exclaiming “We’ll never forget.”

The reception was not great. Meat-and-potatoes American patriots were obviously upset, leading the company to delete the commercial as the company’s owner wrote an extremely apologetic letter. (“This video is tasteless and an affront to the men and women who lost their lives on 9/11″ is a sentence all mattress store owners surely dream of having to write.) The comments on the company’s Facebook page are also very, very bad. Meanwhile, irony shitbirds are dropping comments like “pillow fuel can’t melt mattress stuffing” and “Triggered” on mirrored copies of the commercial. The commercial really is audacious, in that the employees never show an awareness that maybe, just maybe, it wasn’t a good idea to do this. But you can watch it below, along with a local news report about the controversy in which the store owner cried and apologized while saying “we make miracles happen.” Jesus.

Update (September 10, 10 a.m.): Miracle Mattress’ store is “closed indefinitely,” according to a statement posted on the company’s Facebook page. “We will be silent through the 9/11 Anniversary to avoid any further distractions from a day of recognition and remembrance for the victims and their families,” wrote owner Mike Bonanno. The godawful ad lives on, below.

Trump Insists to 9/11 First Responders: “I Spent a Lot of Time” at Ground Zero