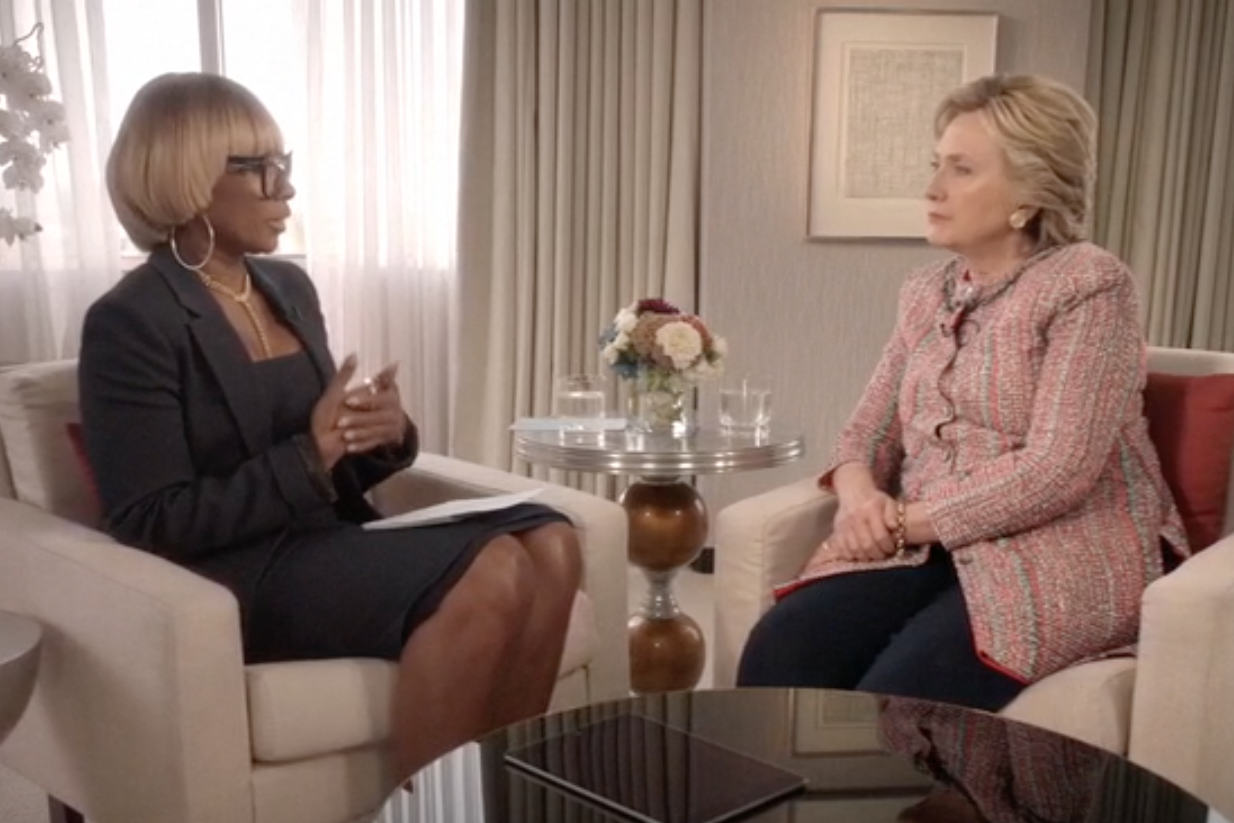 Mary J. Blige’s new show, The 411, debuts today with an emotional episode featuring presidential candidate Hillary Clinton. The half-hour chat begins as a softball interview (“Do you think it’s hard for a woman to be both tough and likable?”) that finds the two women talking about their families and faith like a pair of slightly surreal celebrity church friends.

Halfway through, it flips when Blige sings Bruce Springsteen’s anti-police violence anthem “American Skin (41 Shots).” (In a bizarre piece of cross-promotion with show platform Apple Music, she’s playing the backing track off an iPad.) From there, the discussion turns to issues including police shootings of black civilians, gun reform, Clinton’s experience in government, and President Barack Obama’s record.

In other news: Hillary Clinton loves House of Cards, a show about her. Watch below.