Katy Perry Strips to Convince You to Vote 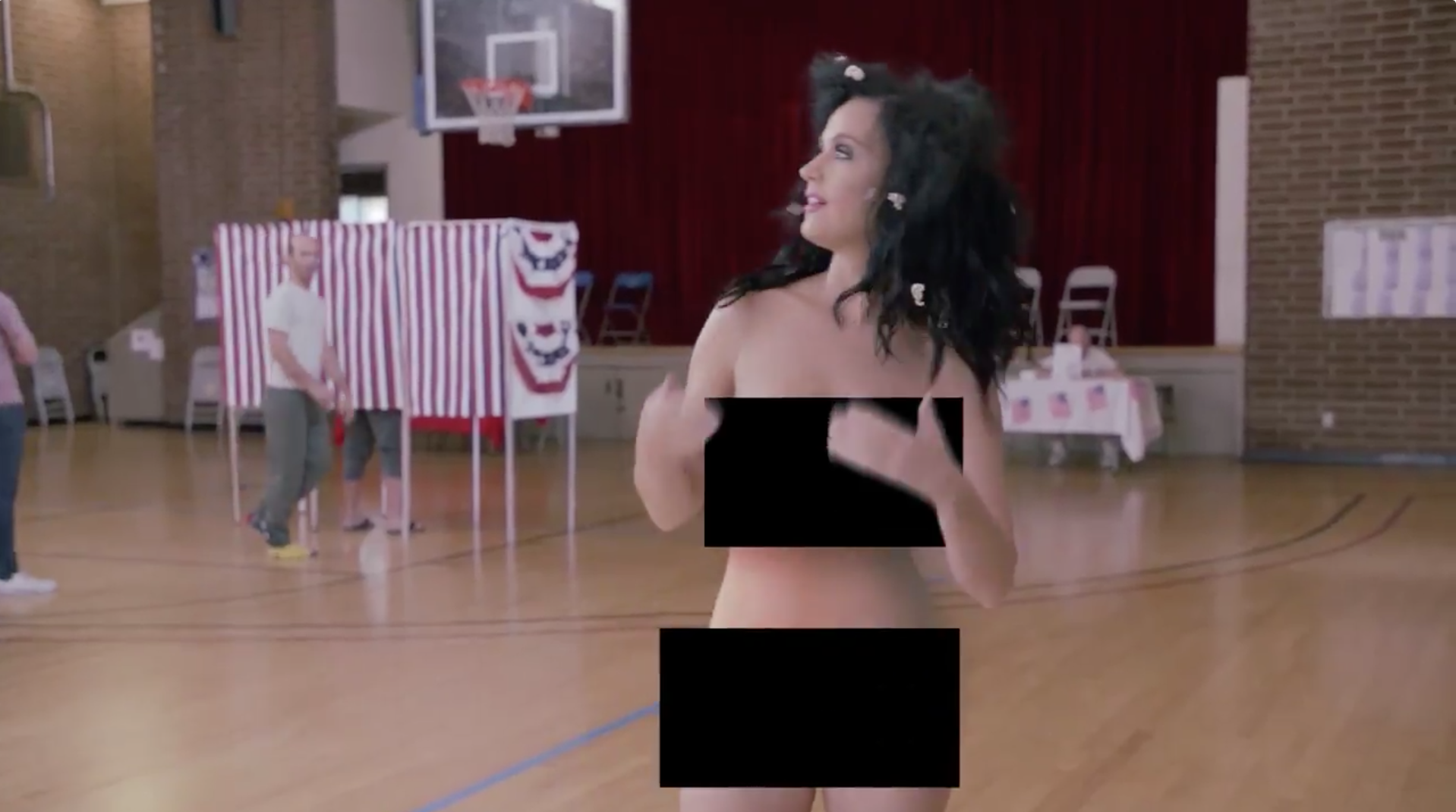 If “Donald Trump will have the nuclear codes” doesn’t convince young people to vote, maybe Katy Perry will. The pro-Hillary Clinton pop star teamed up with Funny or Die to make a short video with a very millennial message: You can literally wear whatever you want to vote–it’s fine.

But the punchline is that you must wear something. Perry, who shows up to the polls with bedraggled hair, strips off her clothes and is promptly arrested by two police officers. Of course, Perry’s nudity is censored.

But here’s a twist: Was there actually anything to censor? A Twitter user caught a screenshot of the clip and made the astute observation below. The jig is up.

@PERRYGASMS @katyperry there’s no uncensored version since the hoe is wearing a bra pic.twitter.com/I6V3T01ZWf

Not even Katy Perry can be trusted this election season.