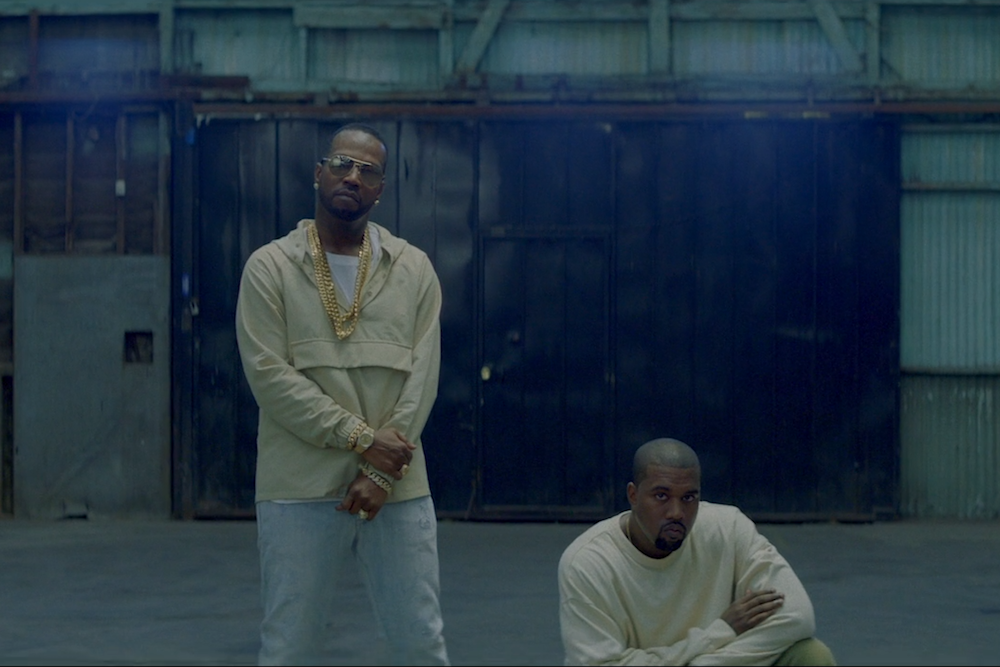 Kanye West and Juicy J’s “Ballin,” released on Wednesday, is woefully on the nose (“Off the glass!”) and tepid. The video—released as a TIDAL exclusive—is just fine, but it doesn’t distract from how Rubba Band Business: The Album, Juicy J’s long-delayed album, still doesn’t have a strong lead single. The clip’s concept is pretty simple: Juicy J and Kanye West are buddies in matching fits hanging out in a warehouse. Elsewhere, there’s a basketball game in which a flamethrower behind the backboard ignites with every score. It’s honestly more fire hazard than baller. Watch it below anyways. Rubba Band Business is still scheduled for an autumn release.