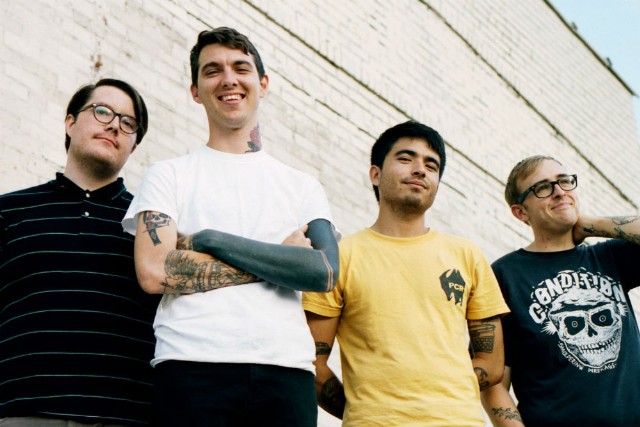 Speaking to SPIN last month, Joyce Manor frontman Barry Johnson copped to once feeling conflicted about leading a pop-punk band. “I had a weird complex about it,” the 29-year-0ld singer-guitarist said, before clarifying that’s he’s made peace with the label. “Now I’m fully fine being a pop-punk band.” Glad to hear he’s feeling more confident, because the California foursome are one of the best bands working today. Their upcoming fourth album, Cody, is one of the finest rock records you’ll hear all year.

A few weeks back, Joyce Manor shared Cody’s lead single, the Kanye West-namedropping “Fake I.D.” Today, they’ve released a second track from the record. “Last You Heard of Me” comes bearing bouncy guitars, vocals dripping with self-deprecation, and lyrics about smoking cigarettes. It’s a deeply satisfying bit of pop-punk, in other words.

Stream it below, and look out for Cody, which drops on October 7 via Epitaph.

Joyce Manor – “Think I’m Still in Love With You”