Jimmy Fallon Plays With Donald Trump’s Hair, Laughs His Way to the Apocalypse 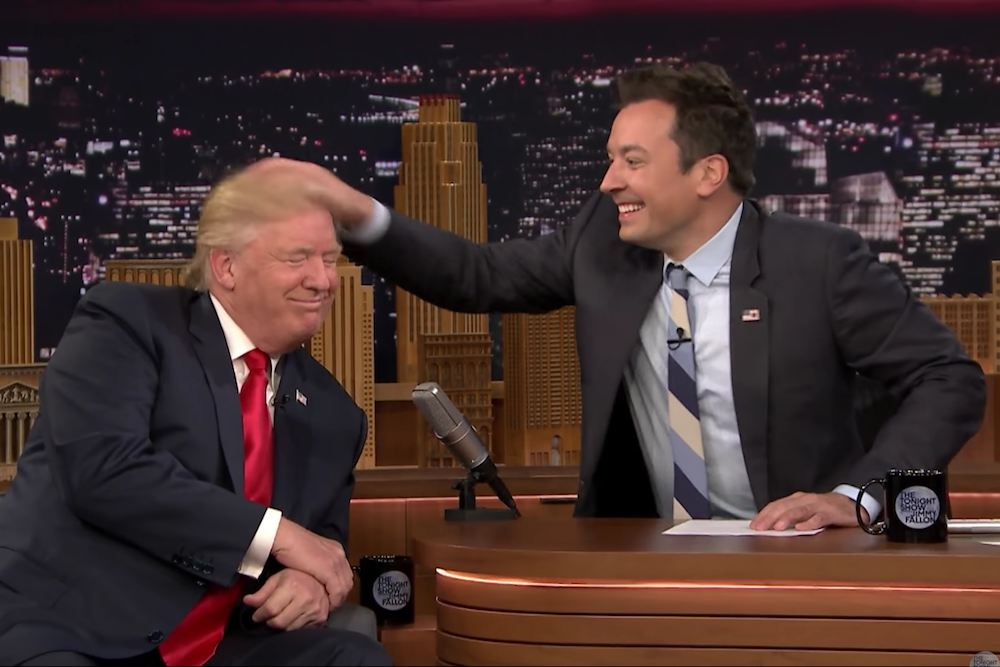 Human hashtag Jimmy Fallon put on his big boy suit and interviewed Donald Trump on last night’s Tonight Show. Faced with a living, breathing existential threat to America as we know it, the toughest question our chuckling fool could manage was about Trump’s “celebrity bromance” with Putin, which he allowed the Hell candidate to wave off without any follow-up. The second-toughest question was probably “Have you ever played the board game Sorry?“

No one is expecting the celebrity lip sync guy to perform like Walter Cronkite when he’s faced with a guest warranting more serious treatment than a wrestling match in a Santa Claus fat suit. But it would be nice if he didn’t seem so giddy about it all. Below, watch Fallon giggle like a middle-schooler as he plays with the hair of our future infernal overlord.