The bro-country singer's reasoning starts with "In this day and age people are so sensitive..." 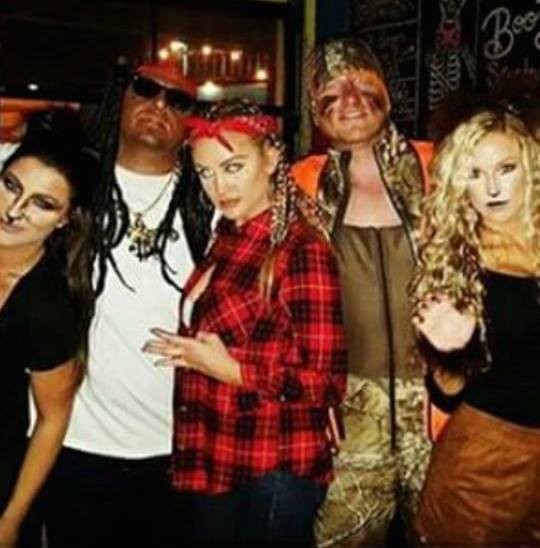 You might recall that this past Halloween, country singer Jason Aldean decided to go out in blackface and fake dreads for a Lil Wayne costume. The blowback was swift and deserved. Eleven months later, the intrepid bro-country singer still doesn’t get what all the fuss was about.

Speaking to Billboard to promote his soon-to-be-released new album — They Don’t Know, out September 9 — the 39-year-old discussed his distaste for the “bro-country” label (this from a guy with a song called “Dirt Road Anthem”), stood up for blue-collar America, and revisited that blackface debacle. Here’s an excerpt from the Billboard piece:

“In this day and age people are so sensitive that no matter what you do, somebody is going to make a big deal out of it,” he says. “Me doing that had zero malicious intent … I get that race is a touchy subject, but not everybody is that way. Media tends to make a big deal out of things. If that was disrespectful to anyone, I by all means apologize. That was never my intention. It never crossed my mind.”

What’s impressive about this non-apology is how flagrantly it contradicts itself. You can’t “get that race is a touchy subject” and not get that blackface has historically been used to demean African-Americans, turning them from human beings into caricatures.

And no one deserves that — certainly not Lil Wayne. He’s stuck in a $51 million dispute over royalties with Cash Money and just got his Miami home swatted. His most recent song is the theme music for a show anchored by Skip Bayless. If Bayless can still get air time, and Aldean still gets features written about him in print, Wayne at the very least deserves peace of mind. Think of all the inner-city children who’d have no idea who the Toronto Maple Leafs are if it wasn’t for Weezy. Praise to Weezy F. Baby. Ban Jason Aldean.