So no, it doesn't look like the two ever patched things up 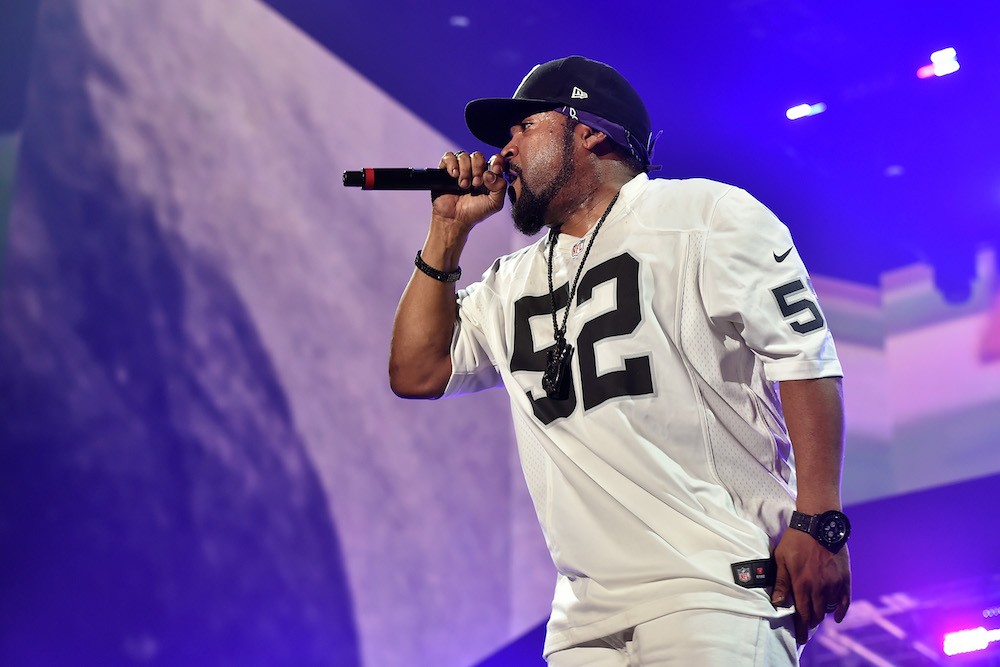 Jerry Heller was instrumental in helping the late Eazy-E form Ruthless Records and overseeing N.W.A’s rise. But royalty disputes made Ice Cube leave the group in 1989, with no shortage of bad feelings on both sides. His solo cut “No Vaseline” torched the World’s Most Dangerous Group, and helped turn Heller into the archetypical example of the thieving music executive.

While Cube and the surviving members of N.W.A have patched things up, it doesn’t look like he and Heller ever buried the hatchet. After the manager’s passing over the weekend, Detroit radio station Hot 107.5 asked Cube about his feelings about his former business partner. His response was a resounding meh.

“I ain’t gonna pop no champagne, but I ain’t gonna shed no tears either,” Cube said. “It is what it is. We come here to pass, and he’s outta here. I’m not losing no sleep over that one.” Watch a clip of his comments below.

Dr. Dre hasn’t commented, but N.W.A’s progeny shared some words. Ice Cube’s son, O’Shea Jackson Jr. (who played his father in last year’s Straight Outta Compton biopic), was a bit more sympathetic. “Of course, [Heller] had his moments where he was the champion for the group of N.W.A, and he does deserve credit for a lot of the good that he has done,” Jackson Jr. told TMZ. “But if it wasn’t nothin’ shady, it’d be way better… the good that he did do, I’m not gonna say it outweighed the bad. Rest in peace.”

Meanwhile, Eazy-E’s daughter E.B. Wright expressed her condolences and said Heller was “like a second father” to Eazy-E. “He lived many years of people hating him and thinking wrongly of him, and people don’t know the truth,” she said. “That takes a toll on a person who knows that they were very genuine and really had everybody’s best interest at heart.” Heller remained on good terms with Eazy-E until his passing from AIDS-related complications in 1995. Apart from the other negative depictions (again, “No Vaseline”—woof), Straight Outta Compton notably portrayed Heller in a negative light.