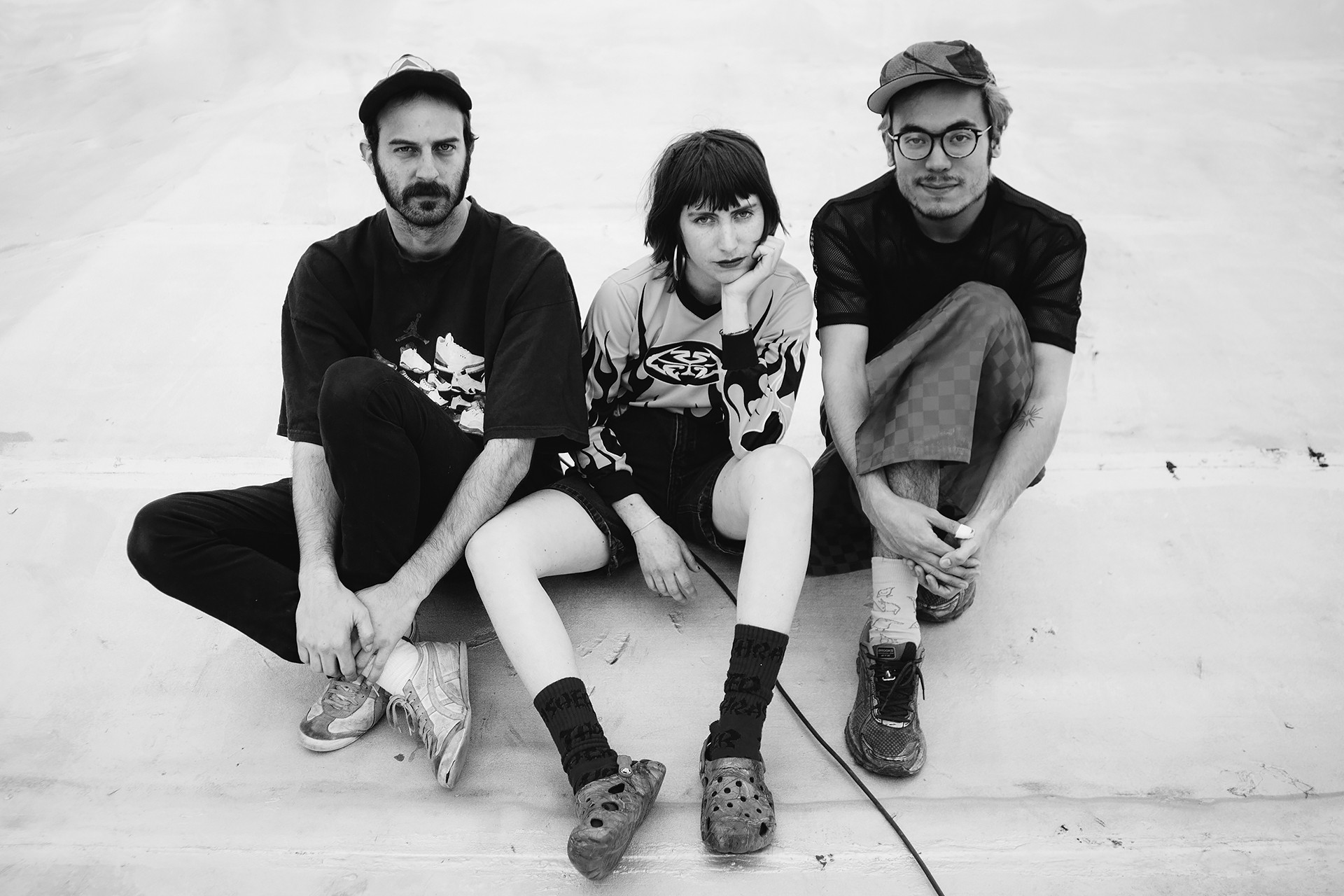 Jillian Medford used to perform alone, but through her cross-country travels and tribulations, her solo act picked up bassist Damien Scalise and drummer Tim Cheney — two people Medford told The FADER share a “telepathic” connection. Becoming a full-fledged trio known as IAN SWEET, the new-found group has been busy touring with Colleen Green, Chastity Belt, and performing at their label Hardly Art’s SXSW tent. “We just came to yell our name really loud,” the band joked.

Previously featured two months ago on SPIN’s 7 Favorite Songs of the Week with their single “Slime Time Live,” IAN SWEET have since turned up their amps with enough enthusiasm to rock us into a state of burnt-out and fuzzy early-’00s nostalgia. Full of swirling guitar drones, lo-fi drums, and Medford’s energetic, squealing vocals, their debut record Shapeshifter hits hard with tracks like “Slime” and “#23.” But that’s not to say that IAN SWEET doesn’t still have a softer side: Songs like “2soft2chew,” “Quietly Streaming,” and “Cactus Couch” show a more warm and bubbly persona of the group as well. Coupled with Medford’s passionate, personal lyrics, IAN SWEET’s versatility as a band holds Shapeshifter true to its name.

IAN SWEET’s adventurous debut record Shapeshifter is due out on September 9th and available for pre-order via Hardly Art. Listen below and check out the dates for IAN SWEET’s upcoming tour.