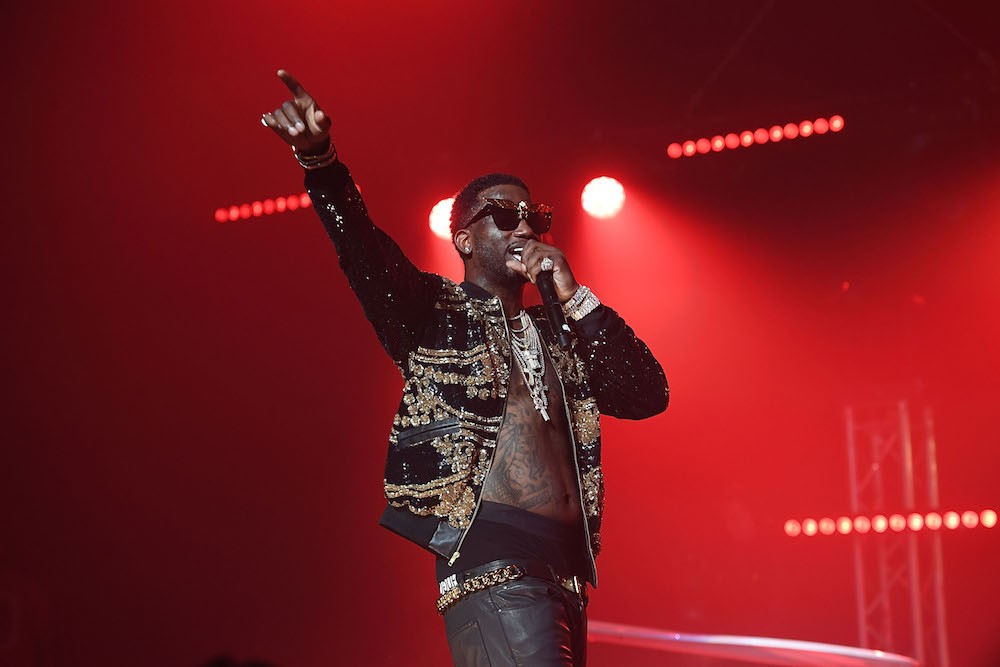 Gucci Mane’s prolific output is a matter of public record, so it’s not surprising that he’s getting ready to release another album in 2016. Woptober, which he’s been teasing on Instagram, will drop on October 17 via Atlantic. It follows his prison comeback album Everybody Looking, which came out earlier this year.

The new project features 14 songs with guest appearances from Young Dolph and wave-riders Travi$ Scott and Rick Ross. Two of the album cuts are already out: the just-released Young Dolph-assisted “Bling Blaww Burr,” and the Zaytoven-produced “Last Time” with Scott. Catch the track list and listen to the two tracks below.