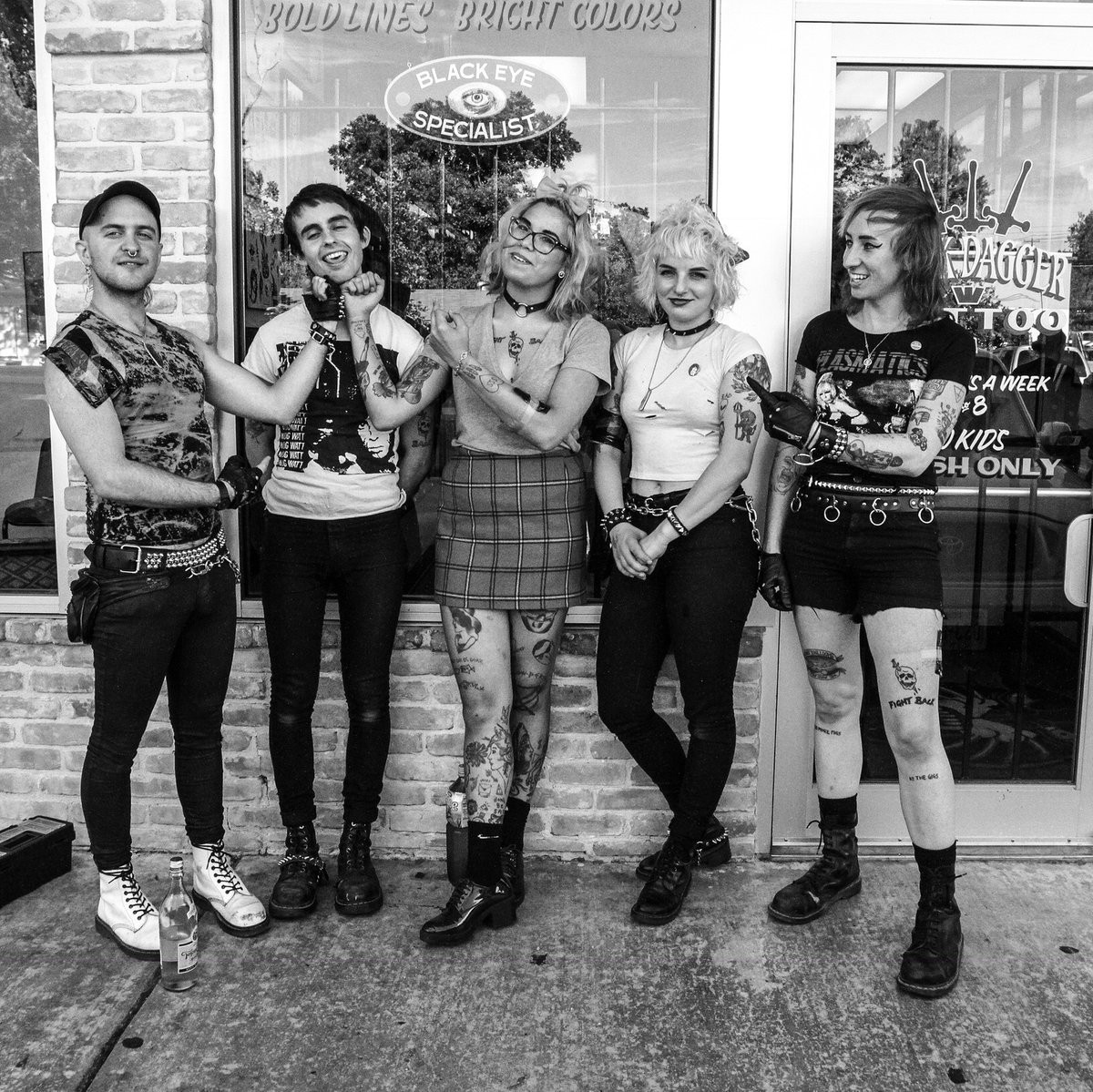 CREDIT: via G.L.O.S.S. on Bandcamp

Olympia, Washington trans-feminist punk band G.L.O.S.S. (Girls Living Outside Society’s Shit) are breaking up, they announced in a statement to Maximum Rock’n’Roll today.

“We all remain close friends, but are at a point where we need to be honest about the toll this band is taking on the mental and physical health of some of us,” the group wrote, adding that “operating at this level of visibility often feels like too much. … The punk we care about isn’t supposed to be about getting big or becoming famous, it’s supposed to be about challenging ourselves and each other to be better people.”

The breakup news comes just a couple of weeks after G.L.O.S.S. attracted attention for turning down a record deal worth $50,000. At the time, frontwoman Sadie Switchblade (who also records as Dyke Drama) explained that the band “can’t ethically partner with” a major label, and would prefer their album be self-released.

G.L.O.S.S. released their second EP, Trans Day of Revenge, in June. They’re still scheduled to play at Toronto’s upcoming DIY festival Not Yet Dead in October, and intend to announce a farewell show in the Pacific Northwest. Future proceeds from the G.L.O.S.S. Bandcamp page will be donated to Interfaith Works Emergency Overnight Shelter, an Olympia homeless shelter.

Read G.L.O.S.S.’s full statement below (via Pitchfork), and revisit their oeuvre on Bandcamp.

G.L.O.S.S. has decided to break up and move on with our lives. We all remain close friends, but are at a point where we need to be honest about the toll this band is taking on the mental and physical health of some of us. We are not all high-functioning people, and operating at this level of visibility often feels like too much.

We want to measure success in terms of how we’ve been able to move people and be moved by people, how we’ve been able to grow as individuals. This band has become too large and unwieldy to feel sustainable or good anymore—the only thing growing at this point is the cult of personality surrounding us, which feels unhealthy. There is constant stress, and traveling all the time is damaging our home lives, keeping us from personal growth and active involvement in our communities. Being in the mainstream media, where total strangers have a say in something we’ve created for other queer people, is exhausting.

The punk we care about isn’t supposed to be about getting big or becoming famous, it’s supposed to be about challenging ourselves and each other to be better people. It feels hard to be honest and inward when we are constantly either put on a pedestal or torn down, worshipped or demonized. We want to be whole people, not one-dimensional cartoons.

We are so thankful for everyone who has supported us and taken the time to tell us what we mean to you. If this band was for you, you know who you are, and no one can take that away. We will be playing Not Dead Yet Fest in Toronto in October, and planning one final show in the northwest with details to come. All of the money we make on Bandcamp after our break-up will be donated to the Interfaith Works Emergency Overnight Shelter, a low-barrier homeless shelter in Olympia, WA. Our records will remain in print.

Thank you for understanding why we have decided to put this down. While we know it might be sad for a lot of you, please understand that it is sad for us, too, but also relieving and nurturing. Ending the band is the right thing to do if we want to have healthy personal lives. (On that tip, while we appreciate your support so much, please don’t email us asking us not to break up or asking us about merch.)

We are eternally grateful for the people we have met and the places we have been due to G.L.O.S.S. Making these connections has been deeply rewarding and meaningful. Thank you so much for everything over the past year and a half.

Sharing this experience with you all has truly meant the world to us.

Review: Dyke Drama Shed Tears and Shred Ears on ‘Up Against the Bricks’

Stream Dyke Drama’s New Album, ‘Up Against the Bricks’