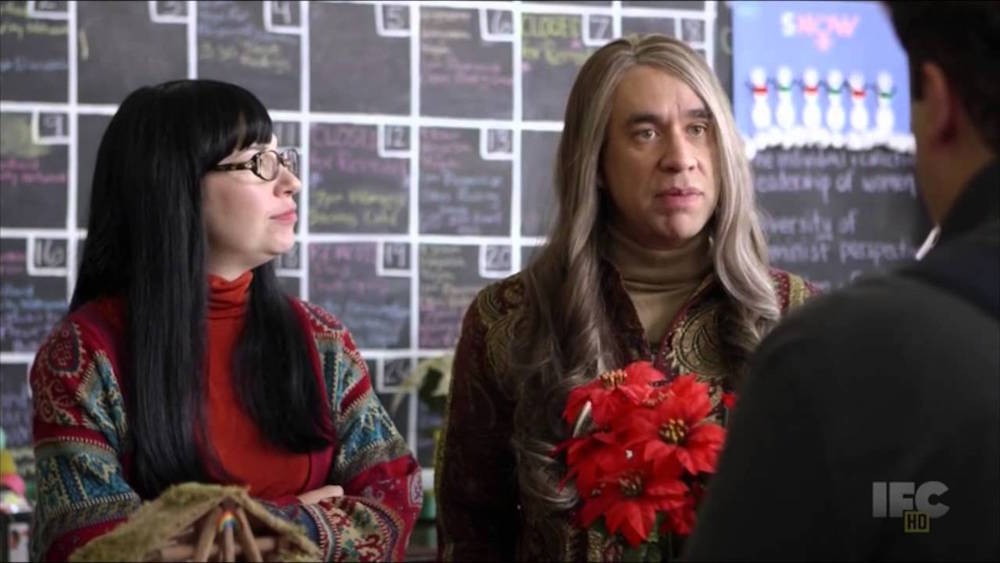 One of the more popular sketches on IFC’s Portlandia features Carrie Brownstein and Fred Armisen as feminist bookstore employees, where they parody a certain type of delicate, overly concerned leftist. Feminists! They’re too enraged to hear someone say the word “unit,” even when someone’s talking about air conditioning. You get the idea.

The sketches are filmed at In Other Words, an actual bookstore in Portland. Predictably, the exposure has made it somewhat of a tourist spot. But the attention is something that the bookstore’s employees are no longer comfortable with. Today, the store posted “Fuck Portlandia,” a scathing blog post on its website in which they explicitly disavowed their connection with the show, and criticized its politics. Their complaints range from poor compensation for time spent filming to the show’s depiction of Portland; they also claim that, during filming, they were asked by show producers to remove a “Black Lives Matter” sign from their window.

“The current board, staff, and volunteers were not involved in the decision, made six years ago, to allow Portlandia to film at In Other Words,” the post reads. “We stand behind our collective decision to discontinue our relationship with the show. And we fucking love the sign.”

Read an excerpt below and read the whole post here.

Several months ago the In Other Words community agreed to discontinue our relationship with Portlandia. This was a direct response to a particular egregious filming of the show in our space which saw our store left a mess, our staff mistreated, our neighbors forced to close and lose business for a day without warning, and our repeated attempts to obtain accountability or resolution dismissed. It was also a direct response to a show which is in every way diametrically opposed to our politics and the vision of society we’re organizing to realize. A show which has had a net negative effect on our neighborhood and the city of Portland as a whole. Shortly after this decision was made, a volunteer placed the Fuck Portlandia sign in our window.

Run the Jewels Will Appear in the Next Season of Portlandia

“What About Men?” Ask Carrie Brownstein and Fred Armisen in New Portlandia Teaser