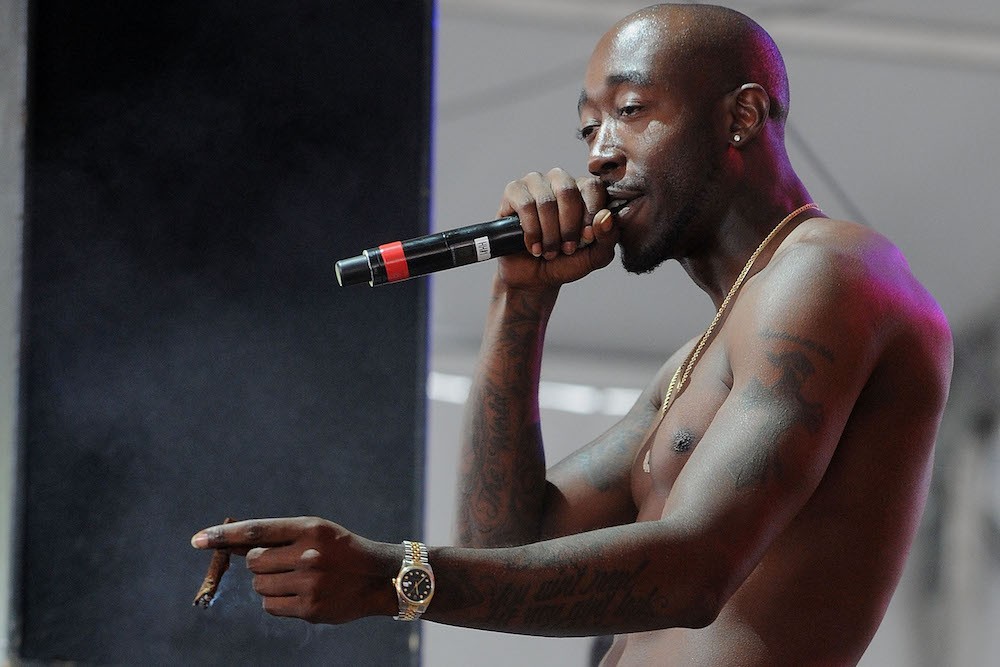 This morning, Freddie Gibbs was acquitted of sexual assault charges. The charge stemmed from an incident last year in Austria, where Gibbs allegedly spiked a woman’s drink and “abused her sexually while she was in a defenseless state,” according to a court representative. Gibbs was found formally not guilty of “sexual abuse of a defenseless or psychologically impaired person.”

Today, September 30, 2016 Freddie Gibbs was found not guilty. We have always maintained unconditionally and without any doubt that Freddie would be and now has been fully exonerated and completely vindicated. We are pleased and thankful that the Court recognized the same trust and confidence we and all of his fans have had in Freddie that justified and resulted in his absolute acquittal. Immediately after his acquittal I spoke with Freddie who expressed his deeply sincere, heartfelt gratitude and thanks to his fiancé Erica Dickerson for her unwavering support, for the steadfast and incomparable loyalty of his long time friend and manager Ben “Lambo” Lambert, for the extraordinary work and effort of his lawyers and for the overwhelming outpouring of love he has received from his fans. He says, “Thank you!”

While we are appreciative of the verdict of not guilty, nothing has changed. The actual facts have always demonstrated that Freddie was and is 100% innocent. It is now self-evident he was wrongly accused. The trial has confirmed our belief that after a searching and complete investigation and trial the true and actual facts would be revealed – that there always was an absence of any scientific, physical, or credible evidence that would warrant in any way such an accusation.Freddie and his family look forward to returning to the States so he can resume his life and career.

Gibbs was facing a maximum sentence of 10 years. He was jailed briefly in Austria before paying $56,560 and giving up his passport to make bail.