NFL, Musicians Team Up to Make Shirts for the Eagles/Diplo Fan in Your Life 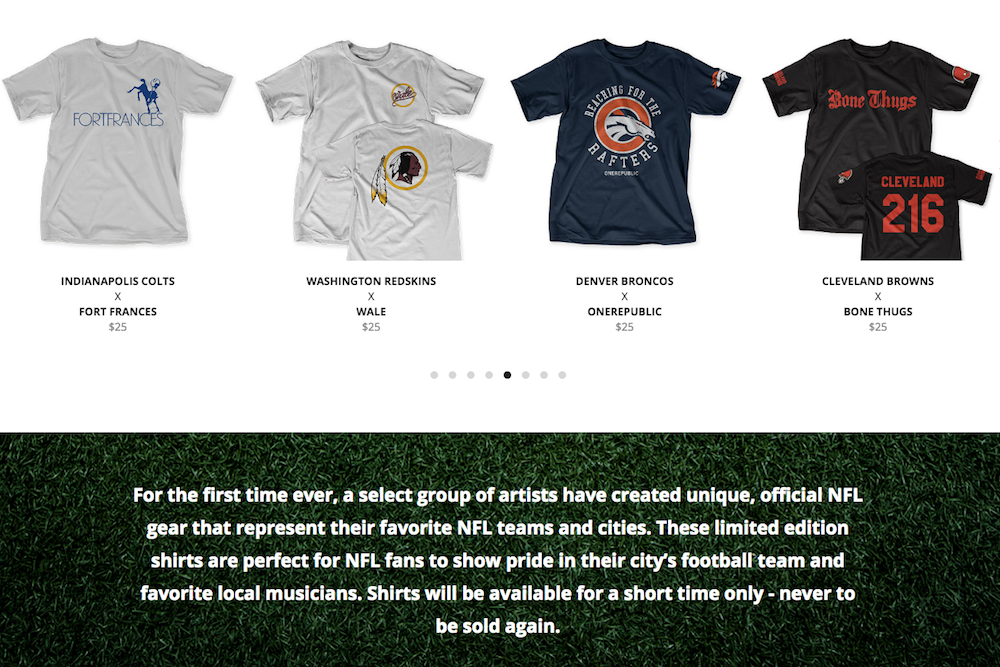 The latest product out of the NFL’s marketing machine is a limited-edition line of T-shirts made with the help of 30 musical artists. Thanks to a collaboration with Teespring, a custom T-shirt design company, the league has commissioned shirts designed by musicians looking to rep for their hometown teams.

So, Eminem’s left his imprint on a Detroit Lions shirt. The Rams’ navy color scheme clashes with YG’s Bompton ethos, but he still got to design a shirt. Fans of the Carolina Panthers will sadly have to settle for Daughtry. Among the teams not involved: the Oakland Raiders (despite having Kamaiyah), Green Bay Packers (were Garbage uninterested?), and the Dallas Cowboys (because they’re undeserving and trash).

The $25 T-shirts are currently available here for the next two weeks. For the full list of artist-and-team pairings, look below.