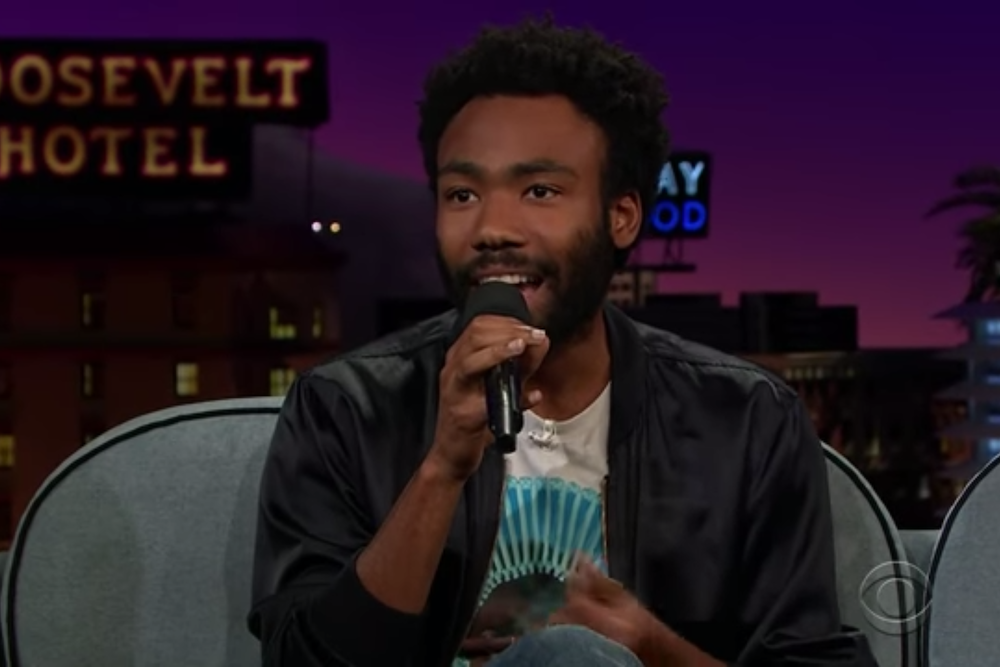 Donald Glover’s music career received a fraction of the acclaim Atlanta has gotten in just three aired episodes, but the man does have some decent singing chops. Following last night’s fantastic episode of Atlanta, the TV auteur stopped by The Late Late Show with James Corden. Bandleader Reggie Watts offered Glover a challenge: “Have you ever considered jamming in any kind of a musical type of thing right now?” The answer was yes, so Glover spent a delightful three-and-a-half minutes lending his soothing voice in an impromptu jam session spurred by Watts’ beat boxing.

Glover and Corden also struggled through a sing-a-long of Seal’s “Kiss From a Rose” as NASCAR Driver Jimmie Johnson (the night’s other guest) watched from the side, glowing red with amusement. Nobody knows the words to “Kiss From a Rose,” and Glover didn’t either. Still, it was fun. Watch the two clips below.